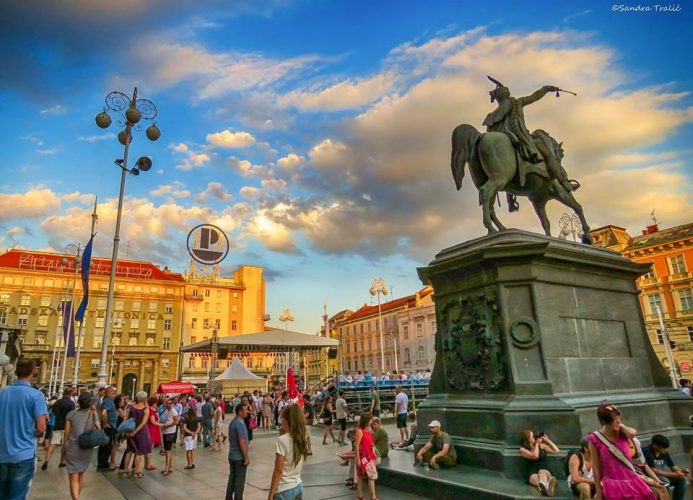 Croatia - safety as a country

Zagreb is the capital and the largest city in Croatia.

About 800,000 people live in this beautiful city whose streets and architecture remind of Vienna, Budapest, Prague, and other Central-European capitals.

It attracts over 700,000 tourists who are interested in the cultural heritage of the city and country.

You should taste the delicious dishes of local cuisine or experience vibrant nightlife in bars and clubs that are open all night long.

Some of the most popular tourist sights are Old Town Gate, St. Mark’s Church, Mimara Museum, Museum of Contemporary Art and Museum of Broken Relationships.

Zagreb is overall a safe city where violent crime is rare, and the most common crimes are non-serious ones, like theft and pick-pocketing. To make your journey as smooth and relaxed as possible, take care in busy tourist areas, where pickpockets are known to operate and avoid carrying large amounts of cash.

You can rent a car and drive in Croatia with your driving license, but if you come with your car, you may need to provide proof of ownership. Be aware of the fact that driving in Croatia can be hazardous, and traffic accidents are common. If you ride a motorbike, a helmet is obligatory. Only use registered taxis and consider sitting in the back seat rather than the front. Zagreb has a well-developed and efficient public transport system, but be aware that public transport is a place where pickpockets operate.

When it comes to pickpockets’ risk, travelers should exercise normal safety precautions in Croatia. Use common sense and look out for suspicious behavior, as you would in any other country.

Earthquakes are possible, but very rare. Of all-natural disasters, forest fires are common during the extremely hot summer months. Floods can sometimes occur and in case any of the hazards happen, simply follow the advice of local authorities.

The level of mugging and kidnapping risk in Zagreb is low. There are some dangerous neighborhoods during night time, so pay attention not to get to these risky areas. Never accept food or drinks from strangers and report any kind of dangerous activity against you.

Terrorist attacks usually happen in places visited by foreigners and Croatia may not be an exception. Individuals are motivated by the conflict in Iraq and Syria and represent a threat throughout the world. European cities are often targets, so when in Zagreb, you should be alert to possible threats.

Drink spiking is one of the possible scams, and it is used to rob a victim or to sexually assault him/her. Overcharging scams are also very common, as well as credit card scams, so pay attention when paying at restaurants, shops and especially the bars and clubs.

Women travelers are free to visit Zagreb and should not feel worried since this is a very safe city. To make sure that you are safe to avoid dangerous places if you are alone.

So... How Safe Is Zagreb Really?

Croatia in general, as well as Zagreb itself, is a very safe capital, and getting in trouble there is not very frequent.

Nevertheless, there are dark and dangerous neighborhoods that need to be avoided during the night as in any other city with a high population and the large number of tourists.

Foreigners are well respected and welcomed, but you might be approached by beggars asking for money in the street.

If you are going out at night, stay away from drunk young people in groups who might start a fight or conflict.

On the whole, Croatia is very safe, even for solo women travelers, as long as you use your common sense.

How Does Zagreb Compare?