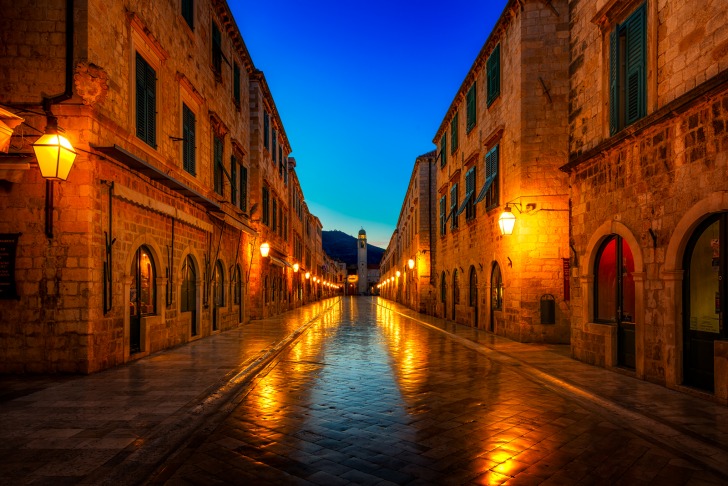 Croatia - safety as a country

Dubrovnik is an old city in its entirety, located on the Adriatic Sea coast in the extreme south of Croatia.

It is one of the most visited tourist destinations of the Mediterranean, especially after the shooting of the globally popular TV show “Game of Thrones”.

You can even take a tour of the set if you’re interested!

Dubrovnik is considered the jewel of the Adriatic and surely worth the visit.

It’s also often referred to as the St. Tropez of the Balkans, and it’s definitely a delightful destination when you want to escape from your everyday life.

Dubrovnik has also been listed as a UNESCO World Heritage Site since 1979.

Dubrovnik is overall a very safe city to visit, even compared to other tourist cities in Europe. However, there is some petty theft around the tourist landmarks, but using your common sense should get you out of any trouble.

Transportation and taxis are generally safe and reliable in Dubrovnik, but be careful when asking taxi drivers for recommendations of clubs or bars as you might get ridiculously overcharged at those places, and be extra cautious on public transport.

Even though Dubrovnik is not exactly known for pickpockets, it is still recommended to remain vigilant, especially around the popular tourist landmarks of these gorgeous cities, and on the beaches.

Dubrovnik is a city located on a seismically active spot, but serious earthquakes are extremely rare. Apart from that, there are no threats of natural disasters.

Muggings do not happen in Dubrovnik, nor do kidnappings. However, it is best to avoid poorly illuminated areas and streets filled with bars and clubs because they are usually filled with intoxicated and aggressive people.

Even though there were no terrorist attacks in Dubrovnik's recent history, tourists should remain vigilant and be aware of their surroundings at all times.

Dubrovnik is a city where you could get scammed, so you should check your change twice, and never let your credit card out of sight. Be wary of people trying to distract you by offering you unwanted help since it might be a trick to steal from you.

There are no risks for women traveling solo in Dubrovnik. You can relax, but remain careful and stay out of dangerous situations such as finding yourself alone with strange people, or in poorly lit or empty streets.

So... How Safe Is Dubrovnik Really?

Dubrovnik is a very safe, touristy city to travel to.

Crime rates are low: the number of violent crimes is minimal here and the only thing that should concern you are the petty thieves: when walking in a large crowd, be careful of pickpockets.

However, most tourists report that they are much worse in Italy than in Croatia.

When going out, partying, etc, take reasonable caution as you would do in any other place: don’t get in drunk fights and avoid strip clubs at all costs.

They are run by Croatia’s underground and shady characters, often with bouncers ready to beat you senseless if you say you aren’t ready to pay ridiculous prices for what you ordered.

There have been reports of a bottle of champagne costing 2000 euros.

Since you aren’t likely to strike a deal with the bouncers, it’s best to avoid these shady places completely.

If you’re a woman traveling solo, there’s also no reason to worry: Dubrovnik is very safe even at night, but you should still avoid roaming down abandoned areas and streets or hanging out with drunken men or people that you don’t know.

When in Dubrovnik, just don’t do what you wouldn’t do at home.

When at the beaches of Dubrovnik, be very careful not to get sunburns.

Even though there are no ozone holes over Croatia, it’s fairly easy to burn so make sure you use adequate SPF.

How Does Dubrovnik Compare?