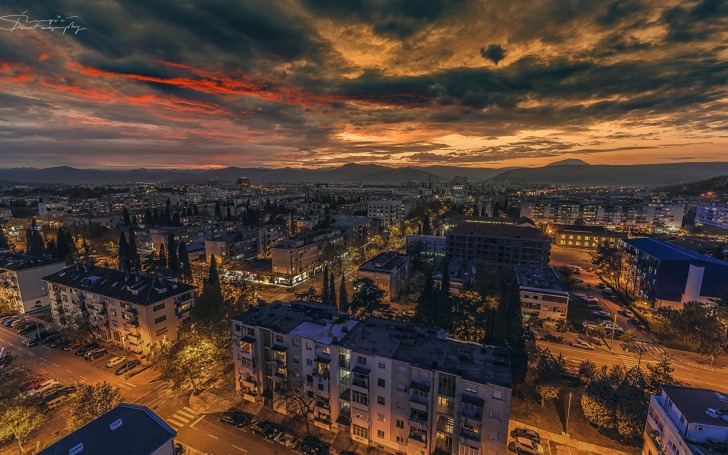 Montenegro - safety as a country

Podgorica is the capital of Montenegro and the country’s largest city, mostly because it’s a small country altogether, and it’s comprised of small seaside towns.

An important thing to note is that most other cities in Montenegro are more popular and even, according to some, more attractive than Podgorica, mostly because Podgorica isn’t located on Montenegrin riviera.

However, even though Podgorica is not ‘the best of Montenegro’, it also depends on how much you’re staying and when you’re coming.

For instance, if you have some spare time, it might be interesting to see Sastavci (the place where river Ribnica flows into Moraca), remainings of old town Duklja, waterfalls on river Cijevna, etc.

Overall, Podgorica is a safe city to visit. Its crime rate is fairly low and as a tourist, you should only be worried about petty theft in destinations frequented by tourists. Otherwise, Montenegrin people are very warm and friendly.

Public transportation in Podgorica isn't as reliable as you'd expect it to be in a European capital, you might find yourself waiting for a bus that has been scheduled to arrive half an hour ago. You can use taxis, though they will probably try to overcharge you for a ride.

There is a risk of pickpockets, though less so in Podgorica, since it's not such a huge tourist destination. Still, keep your valuables locked in a safe place and never bring all your money with you. If you see a child running towards you, move out of the way and keep your purse tight in your hands.

Podgorica is exposed to natural disasters such as floods and earthquakes (with floods being the bigger risk), but they aren't very common and their consequences haven't been devastating in recent history.

Cases of muggings and kidnapping are rarely if ever reported. If kidnapping does happen, it is usually a part of a conflict between several crime organizations. Violent crime doesn't affect tourists in this city.

There haven't been any terrorist attacks in Podgorica in its recent history, but attacks shouldn't be ruled out. Be aware of your surroundings at all times.

Scams exist in Podgorica, as in every tourist destination. Mostly, you should double-check every chance you get because they might try to trick you and give you the wrong change. Negotiate everything in advance to prevent taxis from overcharging you, and that applies to all other types of services, especially along the coastline.

Podgorica is very safe to travel to if you are a solo female. Montenegrin people are very friendly and warm. You might attract some unwanted attention at night near clubs and bars with local men, so avoid walking alone near those areas. Use common sense and your trip should go smoothly.

So... How Safe Is Podgorica Really?

Podgorica is generally a safe place to live in and visit.

It is, overall, a safe city to visit. It is known for being filled with friendly people, ready to help, much like the capital of its neighboring country, Serbia.

However, having said that, occasional shootings between criminal clans are known to happen in broad daylight and throughout the city.

This goes for car bombs, too.

But these attacks are rare and usually highly targeted.

There were some explosions recently that were a part of the clash of criminal gangs, but they were targeted towards certain crime members, and there was little collateral damage.

As far as minor crimes are considered it mostly depends on the neighbourhood you are in – and there aren’t many dangerous ones in Podgorica.

The only type of crime you should be concerned about is petty theft, which can also easily be avoided if you just apply rules of common sense, such as not leaving your valuables in plain sight and keeping your money in a safe at your hotel.

If you’re driving be wary since luxury vehicles attract the attention of criminals and are popular targets for smash-n-grab theft or occasionally car-jacking.

How Does Podgorica Compare?