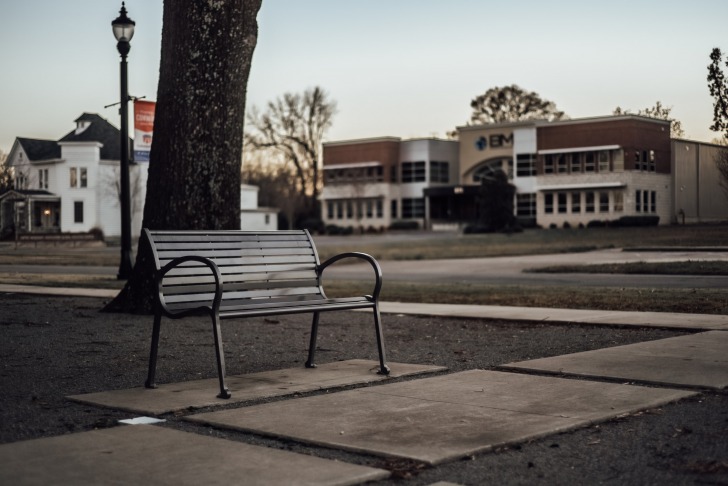 This is an introductory course to the City of Colleges just northwest of Little Rock.

Conway has a lot of neighborhoods and three colleges in a town of just more than 64,000 people.

That is almost double the size it was just two decades ago.

This means in summer the congestion slims down when school is out and things pick back up in the fall through spring.

The city is right along the busy Interstate 40, making it a great place to stop for a night or a central location to visit many amenities in Arkansas.

You’re not going to find a lot of tourist attractions in Conway, but you won’t be missing anything you need as big box stores and shopping are available.

The downtown area keeps the historic aura of this city founded in 1872.

There are two lakes near Conway, where you can fish for days or swim like a fish all day.

It’s a great place to take a boat as well.

The three colleges in Conway are:

This is a young city with an average age of 27 and nearly 1/2 have a college education.

Many students who come to college here fall in love and make a life in the surrounding neighborhoods.

Very few people in Conway commute to other cities for work.

If you aren’t intrigued yet, just wait until we talk about Toad Suck Daze.

*For international readers of those who speak English as a second language, this state is pronounced: “Are-kan-saul.”

Why is it spelled that way but doesn’t sound like the state of Kansas “Can-zhus”?

It’s all how the founders interpreted the languages that defined the names of the separate states.

On behalf of the English language, we apologize for it being so confusing.

There's a low risk overall, but there are some parts that really bring the meter closer to the medium-risk mark and we're going to talk through those.

One downside of this community is there is no public transportation system. As of early 2022, the city was once again discussing a plan to add a bus system, but no set launch date has been made. You can still get taxis and rideshares. There's a low risk but also not a lot of options.

There were no pickpockets or purse snatching reported in Conway in 2020, so that's a low risk.

The biggest threat here is going to be severe weather from thunderstorms and tornadoes. In the winter there's a little bit of snow and the occasional ice storm. There's a medium risk because tornadoes here can be deadly and the city averages three tornadoes and one death each year. Study up on tornado safety before you go. There are 12 community shelters and safe rooms in Conway and you can see the full list on the Faulkner County, Arkansas website.

In general, there's a low risk, and I'm sure you're all good law-abiding citizens, but if you go looking for trouble you're going to find it here. Many of the crimes listed are tied to drug-related activity. Arkansas is one of many states dealing with a drug problem and people who are addicted can make dangerous decisions. Just stay away from any drug activity and you shouldn't face many risks.

There's a low risk here as no hard targets are in Conway. The city and county are prepared for foreign or domestic terrorism, but you should worry much more about those tornadoes.

The city police department reported nearly 1,200 reports of fraud. One scam that made the local news was a so-called "shoulder surfer." This is when someone watches over your shoulder while you enter your PIN and then steals your card. I bet you're asking "Wait? Isn't that a pickpocket? You said there were NONE of those!" The ways crimes are reported don't always fall perfectly in line. This type of theft is a fraud, not a pickpocket. It centers around the intent of the crime as to how it's classified. In this scam, it's intended to defraud you, making it a fraud crime. Anyway, it's a medium risk.

The sexual assault percentage here is twice the national average, which is concerning. The amount of drugs available in the community is a concern as well. There is a lot of safety and stability within the city, so if you stay away from drinking too much or taking any medicine that wasn't prescribed by a doctor (no borrowing medication, ever), then you'll have a low risk. You just really need to be aware of your surroundings, stay sober enough to make good decisions, and call for help as the first sign of trouble.

I reviewed the 2020 Annual Water Quality Report for the City of Conway, and there were no violations making the water safe to use and a low risk to travelers.

Safest Places to Visit in Conway

I’ve made you wait long enough to hear about Toad Suck Daze.

This event is held every year during the first weekend of May and it brings in 100,000 people.

The name comes from the nearby town of Toad Suck, which got its name from the steamboat workers who used to drink at the taverns there.

They drank so much they would “swell up like a toad,” as the story goes.

If you’re missing an angler during your visit, it’s probably because they are at Conway Lake.

This is a lake just for fishing and is stocked with catfish, bream, and bass. Beaverfork Lake is another option with more amenities for non-anglers.

You can get in water recreation of any kind here, from swimming to kayaking or just sunning on the shores (but there’s still plenty of fish.)

The Faulkner County Museum is the place for historians.

You get to walk through the old jail to get there!

Those with local ties can look up their family lineage during the visit.

You could spend a couple of hours walking around downtown and seeing the history seep through the bricks and enjoy a gelato or buy a new dress at a unique boutique.

I thought it was pretty cool that my first look downtown showed Jennifer’s Antiques, and my name is Jennifer.

When I opened the map to get a look at the area, the biggest icon was at the Department of Sanitation.

Just remember, this is a livable town with suburban amenities, but not much else.

For malls, the zoo, and other tourist attractions, Little Rock is just 30 minutes southeast.

In a little more than an hour, you can be settled into the hot springs.

Places to Avoid in Conway

Crime maps show you’ll want to avoid the area between Donaghey Ave and I-40.

That’s where the highest number of crimes are.

The farther east and west you go, the lower the crime rates get.

If you are going to be in that area, try to visit during the daytime.

This is a city without much nightlife, so avoid wandering around looking for something to do.

The drug crime numbers show there’s a 1 in 52 chance of getting arrested for a drug crime.

Now, that’s not reality, since a lot of people don’t touch drugs, but if you had to go just by the numbers, that’s the percentage you’d get.

From 2019 through 2020, the number of drug overdose deaths went up 55% due to Fentanyl being added to street drugs.

You won’t even know it’s there.

It’s important, as the Opioid epidemic sweeps across America, to never take a pill that isn’t prescribed to you by a licensed doctor and pharmacy.

Safety Tips for Traveling to Conway

So... How Safe Is Conway Really?

Conway is going to be as safe as you make it, for the most part.

Reviews range from “it’s a boring bedroom community” to “I’d never live anywhere else” to “it’s just too dangerous and too many people are moving here.”

The main purpose of Conway is to provide higher education to tens of thousands of college students and provide a dense bedroom community that’s still growing because of the low cost of living here.

There aren’t nightclubs and evening hot spots to go to in Conway, and many people choose to go to Little Rock to find that excitement.

Yes, it is, and two of those colleges are religious schools.

One of those two is Baptist.

There’s not as much demand for a social scene.

As for the crime numbers, here are the chances of being a victim of a crime in Conway:

There were also 680 “Intimidation” arrests in 2020, which struck me as rather high.

I wouldn’t recommend driving around the streets of Conway to fill the time in the evening or walking around downtown after dark alone, but overall, it’s a city where the good people roll up the carpets after the sun goes down for an early morning of fishing or hunting.

How Does Conway Compare?