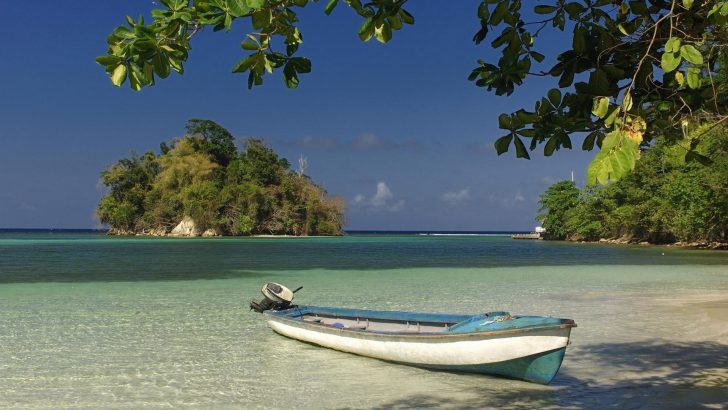 Haiti is a Caribbean country located on the western third of the Caribbean island of Hispaniola.

One of the dominating beauties of this country is that its north exits to the North Atlantic Ocean, while its southern parts boast the Caribbean Sea coastline.

And even though Haiti has had difficult years in the past and problematic history, its tourism industry has started improving since the 80s after its dramatic descent that occurred in the 60s.

This Caribbean country is slowly gaining the reputation of a tourist hot spot, with new resorts and luxurious facilities emerging quickly.

If you’re traveling to Haiti, you should bear in mind that this nation, although beautiful as it is, it is extremely poor.

If you’re a sucker for adventure and a revolutionary spirit with an open mind and a thirst for exploring, Haiti is perfect for you.

However, if you’re searching for a destination to visit with your family, you should probably stick to resorts and richer areas like Pétion-Ville

Generally speaking, Haiti is not a safe place to visit. Keep in mind that many people have reported that there are no safe places in Haiti. If you do visit, stick to maximum precaution measures.

Transport is definitely not safe in Haiti. Upon arriving, make sure that no one is following you, as criminals have been known to watch people arriving and then following them and attacking them. The same thing applies to people withdrawing money from banks or ATMs. Apart from this, public transport has been known to be the site of many criminal actions, stabbings, murders, robberies and kidnappings, so avoid using public transportation, including “tap-taps” by all means.

The poverty in Haiti is present everywhere so it is, of course, highly advised against walking around looking like you have money. The situation in Haiti is crushing so it’s no wonder that people will try and steal from you if you look like a target with money. Apply maximum precaution measures in order to minimize the chances of getting stolen from.

In the past, there have been numerous natural disasters hitting Haiti, such as cyclones, hurricanes, tropical storms, torrential rains, floods and earthquakes. The hurricane season is between June and November.

The chances of getting mugged or kidnapped are high in Haiti. By all means, avoid walking around Port au Prince alone, particularly at night, and if you do, stay away from the insanely high crime level slum areas Carrefour, Martissant, Cite Soleil, the Delmas road area, and Petionville.

Even though there haven't been any terrorist attacks in Haiti’s recent history, they shouldn't be ruled out. Tourists are advised to remain aware of their surroundings at all times.

As you would expect in a country ridden with crime like Haiti, people will probably try to scam you. Be wary of anyone using tactics in order to distract you. Double check your change and negotiate everything in advance. Be careful when entering any taxi vehicles and agree on the price in advance.

Haiti is not a safe place for women to travel to. Do not go anywhere unaccompanied, and under no circumstances leave your accommodation without company after dark. Women are easier targets and there have been many reports of sexual attacks, rapes and robberies.

So... How Safe Is Haiti Really?

The level of crime in Haiti is so seriously high that many tourists refer to it as “beyond horrific”.

There are virtually no safe areas in this country, and you shouldn’t relax anywhere in Haiti – the risk of violent crime is very real everywhere, and this refers to assaults, armed robberies, murders, kidnappings, rapes and any combination of the above.

When it comes to kidnapping, its rates remain “incredibly high” though it’s been said that it declined since 2006.

People are still being kidnapped in Haiti on a regular basis, while at work, traveling, off the streets, at home – whatever the situation, you are not safe from ending up in this situation.

Many people that ended up kidnapped had applied precaution measures, but they weren’t enough.

What’s worse, many of the kidnapped people reported being tortured or sexually assaulted before being let go.

The main motivation behind kidnapping people is money and ransom.

What you should watch out for are gangs in Haiti, as criminals usually tend to work in groups of two to four.

These are also incredibly dangerous, and they practice robberies and home invasions, seriously hurting or even killing people along the way, believing that it lessens the target’s opportunity to resist.

Just handing over everything you have – in case of a robbery or mugging – might not be enough to get out of the situation unharmed.

These people might try to hurt you just because they can.

How Does Haiti Compare?