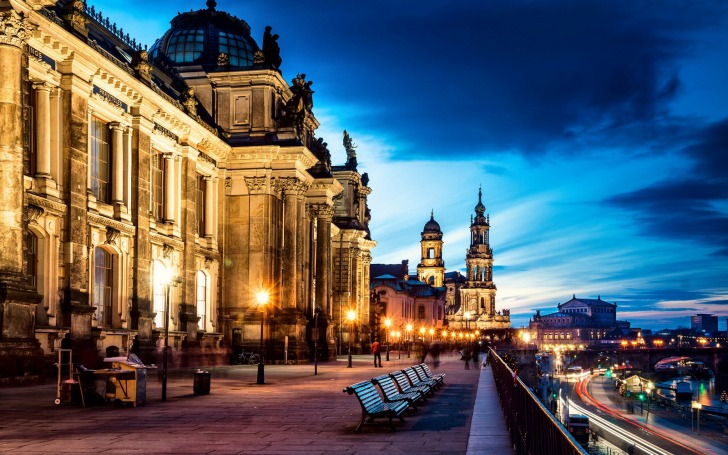 Düsseldorf is a city in western Germany situated right on the river Rhine.

It is a mall, prosperous, easy-to-get-around city that resembles a town rather than a city in the traditional sense: the city itself has, even though it is the state capital, only 640.000 citizens.

However, it has some features of a big city, as an international airport with direct flights to LA, Chicago, Boston, Moscow, Abu Dabi, etc, one of the biggest Japanese enclaves outside Japan, international schools, etc.

You can live in the vibrant center, the Altstadt or one of the quieter suburbs like Benrath with a castle and park.

Dusseldorf is very safe to travel to. Your biggest worry, when traveling to this city, should be the pickpockets and scammers. If you apply basic precaution rules, that should minimize the risk of something going wrong.

Transportation and taxis are generally safe and reliable in Dusseldorf, but do be careful in public transport, as it's a place where pickpockets operate.

As in any European city, there are pickpockets at popular tourist landmarks. Follow your common sense and remain vigilant at all times, especially in public transportation and at crowded stations.

There is no particular threat of natural disasters in Dusseldorf, except for some earthquakes that happen now and then.

There are low chances of getting mugged or kidnapped in Dusseldorf, although it is advised to remain cautious and avoid poorly lit and deserted streets and areas. If you find yourself in such a situation, hand over your belongings immediately.

There have been terrorist attacks in Germany's recent history, but, thankfully, they resulted in only a few casualties. The risk of a terrorist attack happening, therefore, applies to Dusseldorf, too. No tourists have been targeted, but extreme vigilance is advised.

Dusseldorf is very safe to travel to if you are a female traveling solo. Apart from a few general precaution rules you should apply, such as not walking alone in poorly lit and deserted areas, not finding yourself in a strange company at night, etc, you can relax because Dusseldorf is very safe in this respect.

So... How Safe Is Dusseldorf Really?

Dusseldorf is generally as safe as other European cities of similar size.

Its crime rates are low and the law is strictly respected.

Pickpockets might be a more serious problem, like in many cities, so be street smart and keep your wallet close to your body, not in a backpack.

Violent crimes such as homicide, robberies, rape, or assaults are also not an issue in this country.

Avoid crowded places, and apply extreme precaution when in public transportation or on bus or railway stations (airports, too).

Even though it’s not a serious issue, be careful and avoid getting into altercations with aggressive beggars, should they cross your paths. Some beggars are organized in groups.

The only place where you can expect violence or crime would be the “Altstadt” tourist places at night on a weekend, where you might encounter drunken young male tourists out for a fight, local youths willing to fight, and petty criminals looking to relieve the drunken tourists of their valuables.

As for safer, quieter areas with gardens and parks, these are the Golzheim, Rath, Eller, Beneath, Underoath, and Derendorf areas.

These are very nice and safe neighborhoods, but much more residential and less touristy.

How Does Dusseldorf Compare?