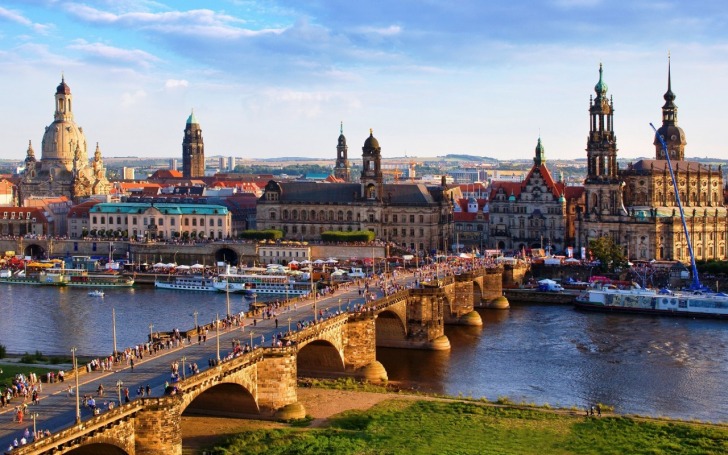 The city is located on the Elbe River and is an industrial, governmental and cultural center of Germany, known all around the world for Bruehl’s Terrace and its gorgeous Old Town (Altstadt).

Dresden has huge history and some of its remnants are preserved.

You can visit some of the places like Zwinger, Frauenkirche, Moritzberg castle, Semperoper, Pilnitz castle, etc.

It has more than 15 museums and most of them are considered to be world-class, so if you’re traveling during winter and snowy season, they are a great pastime in this city.

Dresden is a very safe city to travel to. Your biggest worry, when traveling here should be the pickpockets and scammers. If you apply basic precaution rules, that should minimize the risk of something going wrong.

Transportation and taxis are generally safe and reliable in Dresden, but do be careful in public transport, as it's a place where pickpockets operate.

Given that it's one of the larger cities in the country, there are pickpockets at popular tourist landmarks. Follow your common sense and remain vigilant at all times. Bear in mind that flashing any cardboard sign very near to your body could be a pickpocket trick, as well as attempts to distract you in any way.

There is no particular threat of natural disasters in Dresden, except for some earthquakes that happen now and then.

There have been terrorist attacks in Germany's recent history, but, thankfully, they resulted in only a few casualties. No tourists have been targeted, but extreme vigilance is advised.

Dresden is very safe to travel to if you are a female traveling solo. Apart from a few general precaution rules you should apply, such as not walking alone in poorly lit and deserted areas, not finding yourself in the strange company at night, etc, you can relax because Dresden is very safe in this respect.

So... How Safe Is Dresden Really?

Dresden is a very safe city to travel to.

Its crime rates are low and the law is strictly respected.

The most common form of a crime you’ll probably encounter is pickpocketing or bicycle theft.

Violent crimes such as homicide, robberies, rape, or assaults are also not an issue in this city.

You should also keep in mind that begging exists in Dresden like in most other German large cities, and even though it’s not a serious issue, be careful and avoid getting into altercations with aggressive beggars, should they cross your path.

One of the biggest threats in this city is the fact that it’s in Germany, which has been targeted for terrorist attacks, several times, so you should always remain vigilant.

There are no bad neighborhoods in Dresden.

Some are less attractive, or less convenient.

As for the safe areas – they are all over Dresden, but the nicest single neighborhood is probably Weißerhirsch, on the Neustadt side of the Elbe.

If you are not looking very “German”, be aware that people might stare at you, and less educated people may iterate some racist or nationalist comments: this is very rare though, and in case it happens, just ignore them to avoid further unnecessary incidents.

As for other forms of crime – Dresden doesn’t have any real and even the pickpockets aren’t that often.

You can walk through the town up and down and never encounter one problem.

How Does Dresden Compare?