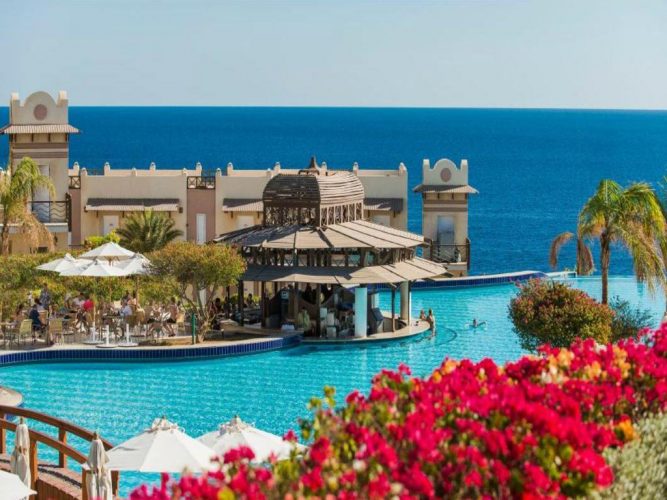 Egypt - safety as a country

Sharm el-Sheikh is a well-known tourist destination in Egypt, where the numbers of tourist have doubled in the last 3 years.

It has the nickname the “City of Peace”, due to a large number of international peace conferences that have been held there.

Sharm el-Sheikh is proud of its diverse marine life and many Red Sea coral reef sites which attract divers from all over the world.

Besides its beaches, Sharm el-Sheik has to offer other adventures like climbing the Mount Sinai or visiting the National Park Ras Mohammed.

Due to the high risk, there is a special police force in Sharm el-Sheikh, which assists tourists and tries its best to make Sharm el-Sheikh the safe city. The police operate in hotels and at tourist sites. Women traveling on their own are at the risk of being assaulted. When at the street, carry only what you need and leave valuables in a secure location, so as not to attempt thieves.

If you decide to drive in Sharm el-Sheikh, you should know that road travel can be dangerous, due to poor road conditions and reckless drivers. All taxis should be equipped with a meter and if taxi drivers claim that the meter is broken you should negotiate the price. Sexual harassment of women by taxi drivers is common. Buses are the most economical method of transport.

Like all the other risks, the risk of being pickpocketed in Sharm el-Sheikh is so high, that tourists are advised not to carry any kind of expensive items with them. Tourist locations and public transportation are the riskiest places where thieves might rob you.

During the period of heavy rains and strong winds, there might be some dust and sand storms. Some parts of Egypt might experiences earthquakes. All in all, there is a medium risk of natural disasters.

Sharm el-Sheikh is a dangerous place where there have been numerous reports of kidnapping and carjackings. Even though tourists might not be the target of the muggers, you need to be extremely careful. They might stop your car using armory and if this happens to you, it is better not to resist. They are usually aimed at financial items, so it is not you that they want to harm, but to take your valuables and a car.

Sharm el-Sheikh is the city where terrorist attacks are likely to happen due to the extremists linked to Daesh-Sinai who might attack religious sites and locations frequented by tourists since they have already conducted several attacks against Christians over the last year. If you happen to be in the center of some demonstration, be aware that police uses water cannons, tear gas, birdshot and live ammunition for crowd control.

Taxi drivers are the most frequent scammers and travelers are commonly overcharged by them. Use radio taxes which you will call from your hotel, and ask the driver to use a meter. If he/she does not have it, determine the price before the ride.

Even though there are armed police everywhere, to make visitors and locals feel safe, females should not go solo and if they do, they need to be especially vigilant and careful. Many female travelers visited Sharm el-Sheikh without troubles, but there were reports of women being harassed there, too.

So... How Safe Is Sharm el Sheikh Really?

When we speak about Sharm el-Sheikh, its beautiful beaches and sea attract many tourists, and at the same time attract thieves, who try to take advantage of every possible situation.

The government is introducing some new laws and security measures to increase safety, but it is important to take standard precautions and remain vigilant.

How Does Sharm el Sheikh Compare?