How Much Does It Cost to Live In Barcelona?

Barcelona is the capital and largest city of Catalonia and Spain‘s second largest city, not to mention one of the world’s most famous destinations.

It is a very modern, yet incredibly old city, where the new, 21st century elements work to preserve and elevate the ancient.

This beautiful city is full of what European cities are known for but it isn’t cheap by any means.

Barcelona is more expensive than the rest of Spain (except for Madrid), but much cheaper than London for example.

Spain : Cost of Living by City

Cost of Living in Spain

Barcelona is a city with more than 20 Michelin stars in all its restaurants, which means it’s a perfect city if you want to go crazy and splurge on food. Like anywhere, if you want to eat while on a tight budget, you may choose “menu del dia” in small bars on the Avinguda del Parallel for 9-11$ per person. The “menu del dia” includes bread, dessert, and drink for as low as 8$.

In several supermarkets you can find a great selection of ready-to-eat dishes. You can actually make a two-course lunch for less than 5$. Food prices in grocery stores are generally the same but if you go to independent neighborhood specialty markets (bakeries, meats, fruits and vegetables) prices can be lower. Vegetables and and fruits are rather cheap (1-2$ per kilo). A chicken breast would cost you about 7$.

Smartphone apps are the best option to navigate inside the city and they enable a pretty cheap public transport experience. You can also get a 2- to 5-day public transport tickets that are available and allow unlimited travel on the metro and bus networks (16$ for two days, 36$ for five days). This is actually a very cheap deal.

Utilities are somewhat expensive in Barcelona but probably not as expensive as you’d expect them to be. The utilities there amount to 150$ a month for basic ones like electricity, water, cooling, heating and garbage services. Internet remains pricey costing around 47$ a month. As for cheap mobile contracts, something along the lines of 25$ a month can be found.

This city is gorgeous and filled with perfect parks, so it’s actually great to practice sports outside and save some money you’d otherwise spend on a gym. However, if gym or a fitness club is what you want, a membership will cost you around 47$ a month. As for leisure activities, the most popular one – going to the cinema will cost you around 9$.

Barselona is one of Europe’s shopping centers. First of all, you will want to visit the three-mile “shopping line” that goes along the Las Ramblas pedestrian pathway. There, you will find fashionable clothing outlets open all week long. Clothing can be very inexpensive especially at stores like Primark and Zara, but there will also be shops where you’ll find a pair of jeans for 85$.

Rents have been spiraling out of control in Barcelona due to airBNB going wild. At the moment in Barcelona it is really hard to find a good and cheap place to live and prices are going through the roof. Expect to pay at least 500$ for a room or $1400 for a whole apartment if what you’re looking for is a bigger place.

How Does the Average Person Spend Their Money in Barcelona?

So, since rent is so expensive here, the aspect that the average person in Barcelona spends the most money on, is precisely that – rent.

It is extremely expensive to rent out an apartment in Barcelona – in comparison to other expenses.

In Barcelona, people spend more money on rent than they do on food, and this is the case only in major cities of Spain.

Transportation and restaurants are next on the list, since they are also pretty costly, given the fact that even the inexpensive restaurants don’t serve food for less than 12$.

People in Barcelona earn considerable amounts of money, and this is actually their normal standard of living.

With an average wage reaching 1500$, a citizen of Barcelona has a higher average salary than those in other cities, but also higher prices to spend it on.

Still, they can live in this city and cover most expenses without any problems.

Of course, those that are renting have a harder time since they’re spending a lot more money.

What About Travel Safety in Barcelona? 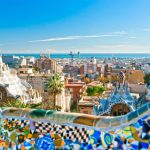 Cost of Living by City in Barcelona