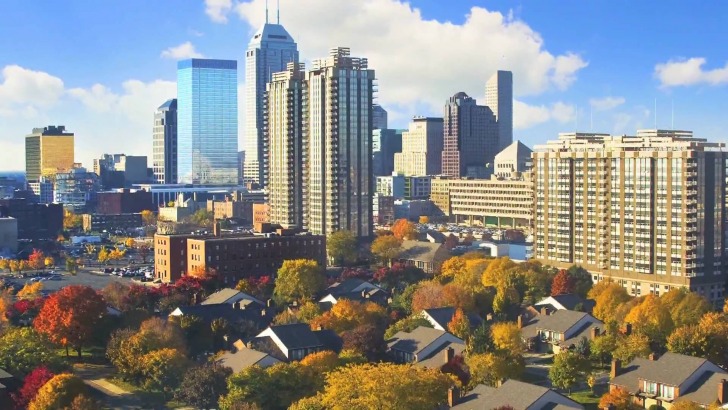 Indianapolis is the state capital and largest city of Indiana, United States, located in Marion County.

Indianapolis is known as the “Crossroads of America” and for a good reason, as interstates 65, 69, 70, and 74 meet here.

The city has most everything that a major city would have – and more: namely, unlike other major cities in America, the accessibility of the city makes it a place that you can go and visit, and enjoy in, multiple times a week.

Moreover, nowadays, there are exponential investments in Indianapolis.

It has a long way to go, but it’s turning into a great cultural experience, not just the family-friendly and affordable place it’s known for.

Overall, Indianapolis is a relatively safe city to visit though certain areas are prone to high levels of crime. Use caution throughout the city to minimize your risks.

Taxis and other means of transportation are, overall, very safe to use in Indianapolis, apart from pickpockets and petty thieves in buses, trains, and stations that may try to steal from you while it's crowded.

Indianapolis isn't known for petty crime, and not many tourists have reported missing items or stolen valuables, or even vehicles that have been broken into. Still, apply caution when walking around the city.

Indiana is susceptible to a variety of natural hazards, with ice storms during winters, heat waves during summers, and tornadoes, earthquakes, and flooding that could hit any time of year.

Violent theft is rare, and so is kidnapping but you should stay away from some areas that are known as dangerous and dark alleys where muggings could occur.

Excluding isolated mass shootings, the US hasn't been the target of any terrorist attacks recently, but the attacks shouldn't be ruled out. Be aware of your surroundings at all times.

There will always be people trying to scam you, though this isn't the norm in Indianapolis. Watch out for beggars and homeless people, though in general, they aren't dangerous and won't try to steal or trick you.

So... How Safe Is Indianapolis Really?

All in all, Indianapolis is relatively safe, but it does require a considerable amount of caution if you want your visit to go smoothly.

There are some serious issues with drugs in Indianapolis; there are reports of people dying of heroin overdoses every day in the news.

This means crimes like theft are rampant and you will at one point in your life here have a car broken into.

You will find good and bad neighborhoods scattered all around Indianapolis.

It used to be easy to point out the better neighborhoods from the dangerous areas but this isn’t the case anymore.

A lot of the areas that get a bad reputation aren’t crime-riddled but, more likely to experience extreme poverty.

Speedway can be a nice area but, can also have crime.

Broad Ripple is known for its college students and young families but, there are also a lot of bars there that can cause chaos.

Check the crime maps for the areas you are looking at.

Fishers, Noblesville, and Carmel are somewhat notorious for robberies, theft and the occasional murder.

Downtown itself poses no threat to anyone. You may find some homeless people scattered around asking for loose change but ultimately no threat.

The police drive around the city itself consistently.

How Does Indianapolis Compare?