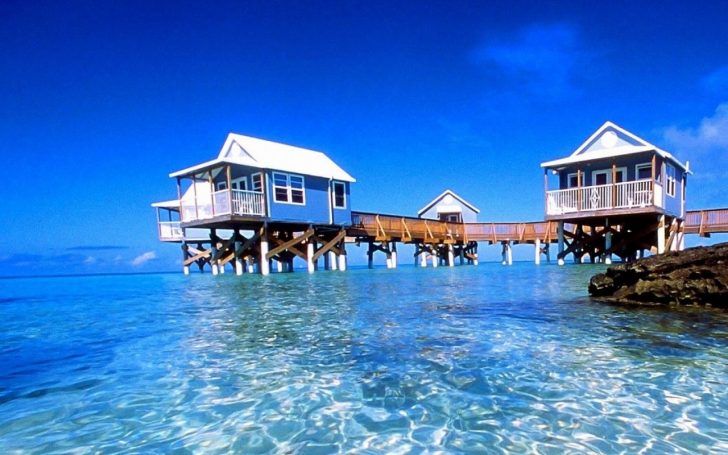 The Bahamas : Safety by City

If you include the cays, which are small islands formed on coral reefs, the Bahama Islands consist of about 2,000 islands.

This archipelago and its beaches are an attraction in themselves, but even though they’re most popular for the heavenly beaches, Bahamas are also known for having some wonderful landmarks.

There’s the Pompey Museum of Slavery and Emancipation (formerly known as The Vendue House) as well as Paradise Island, and many forts and monuments all over the city of Nassau, open every day so you can go visit whenever.

Apart from touring around the forts and monuments, there are also other tours you can take such as the tour of the distillery at John Watling’s or you can give Tru Bahamas Food Tours a try and taste some original Bahamian food.

However, don’t ignore the source of the greatest enjoyment in the Bahamas – water!

And the best part about the water – it’s like warm bath water all year round.

Warnings & Dangers in The Bahamas

The Bahamas aren't too safe to visit with its high murder rate, but if you apply safety and precaution measures, it should minimize the risk of getting hurt.

Be very careful when using public transport. Taxi drivers might try to overcharge you since the cabs in this country are not metered. Remain vigilant on public transport since that's where pickpockets operate.

Pickpockets are, of course, common, and this country is ridden with both petty and violent crime, though this time, the accent is on violent crime. Still, you should never carry all your money in the same place, and be aware of your surroundings at all times.

When it comes to natural disasters, The Bahamas suffer from hurricanes during the hurricane season that lasts from 1 June to 30 November. Tourists are advised to monitor local and international weather updates.

Violent crime is extremely common in the Bahamas. The country is ridden with violent crime, and armed robberies, kidnappings, and murders are extremely common, usually not affecting tourists though violence towards foreigners has been on an increase during the past couple of years.

Even though there haven't been any terrorist attacks in The Bahamas' recent history, they shouldn't be ruled out so remain vigilant and aware of your surroundings at all times.

Bear in mind that taxi drivers may try to overcharge you, since cabs in The Bahamas are not metered, so always agree on the price before getting in, and avoid getting into unlicensed cabs. Also, some tour guides, including boat operators, may ask for a tip on top of the agreed price upon the completed job.

The Bahamas aren't the safest destination for solo female travelers. Women have reported catcalls and sexual harassment while walking on the streets of the Bahamas. If you are a female solo traveler, you are advised to reject rides from strangers or taxi drivers who appear unlicensed. Be sure to avoid remote streets, both during day and night, and do not flash your belongings or handle money in public. Stay out of the streets at night and be vigilant for any possible dangers at all times.

So... How Safe Is The Bahamas Really?

The biggest problem for the Bahamas, crime-wise, isn’t the petty crime or the violent street crime: it is the murder rate.

The statistics for the year 2007 weren’t encouraging: 42 recorded murders.

The police suggest that the highest number of these murders are fuelled by competition in the illegal drug trade, and related to drug trade or gangs, but there’s also domestic violence that ends with a murder.

This may not affect tourists, but what does is the general increase in violent crime in the recent past, so visitors are advised to exercise caution.

When it comes to these shocking crimes, most of the serious crimes committed in the Bahamas occur largely in Nassau (New Providence).

It is noted that the increase in violent crimes between 2009 and 2015 is partly focused on tourists since many of them were targeted at tourists visiting the country.

There were also instances of an armed robbery at more remote locations, where tourists have no business going anyway, but it is important to mention it as a possible danger.

Many tourists reported being mugged, some of them even in front of a hotel.

You can expect the Bahamian police to be of little help.

How Does The Bahamas Compare?

20 Reviews on The Bahamas