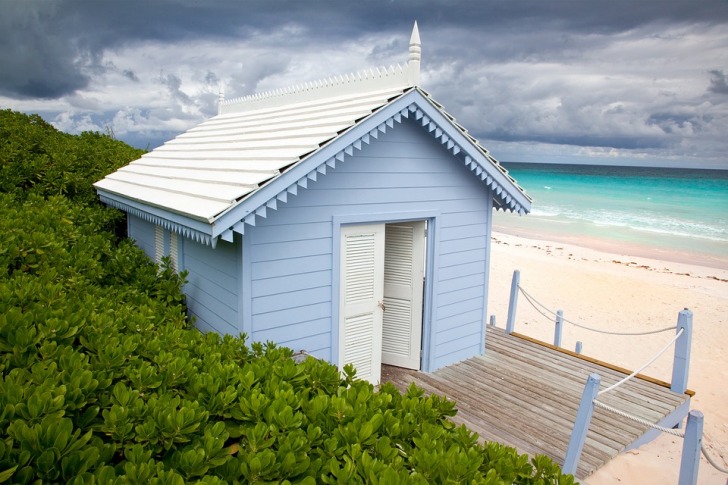 Are you contemplating visiting The Bahamas, but are holding back because of your fear of sharks?

Then you are in the right place.

This post will let you know all about sharks in the Bahamas.

It will tell you all about the type of sharks there are, what types of water sharks prefer, and how to act if you encounter a shark while swimming in the Bahamas.

Sharks are misunderstood and have a bad reputation due to pop culture shows like Shark Week.

It is not fair to judge sharks based on what the media tells us.

So… Are There Sharks in The Bahamas?

Yes, there are sharks in the Bahamas.

Sharks and other dangerous fish are known to roam the waters of the tropical oasis.

In the Bahamas, you will find over forty different species of sharks.

Because of a 2011 ban on shark fishing, the waters are more populated with sharks than ever.

The Bahamas is known for its many miles of sandy beaches.

If you love sharks or are a shark fanatic, you definitely want to visit the Bahamas.

The sharks in the Bahamas are not the scary killing machines that people believe.

Sharks are simply inquisitive animals who wish to investigate the sea, just like you do.

Out of all the species on this list, the bull shark is the most unpredictable and aggressive.

They are responsible for the majority of the shark-related fatalities in the Bahamas.

They have short, blunt noses and thick bodies.

You will find Lemon Sharks in shallow water.

They tend to stick to protected areas like river mouths, bays, and coral reefs.

The Lemon Shark has a yellow-gray complexion.

Their underside is a pale yellow color.

Tiger Sharks are known as the dumpster of the sea.

These sharks will eat anything.

A Tiger Shark was once found with a tire in its stomach.

As the fourth largest shark in the world, the Tiger Shark is recognizable for its distinctive gray vertical stripes and spots.

The Caribbean Reef Shark is a dusky-colored shark.

It is best known for its large, saucer-sized eyes.

Once commonly found in the oceans of the Bahamas, the Caribbean Reef Shark is now in danger.

Due to the many years of overfishing, the Caribbean Reef Shark has become endangered.

Sharks are sought after for leather products, liver oil, and fishmeal.

These sharks were once endangered.

Now they are thriving in the protected waters of the Bahamas.

They are large-bodied sharks that have a unique pattern on their skin.

The Silky Shark is named because of its smooth skin.

This velvety shark has many different names.

Is it Safe to Swim in The Bahamas?

Yes, it is safe to swim in the Bahamas.

Shark attacks are sporadic and do not happen as often as movies and television have led us to believe.

The majority of the beaches will have flags denoting where it is safe for you to swim.

Swimming past the flags is not advisable as you may get pulled out to see due to riptide.

Many beaches have strong currents so pay attention to the flags at all times.

Night swimming is not recommended because it will be harder to see what is going on around you in the ocean.

Also, sharks have excellent eyesight and will see you clearly in the sea even if you cannot see them.

Barracudas are large fish found in the waters of the Bahamas.

You can also find stingrays in these waters.

Generally, sea life will not bother you as you swim.

Fresh blood is attractive to sharks, so avoid swimming if you have open wounds.

Interesting Shark Facts in The Bahamas

Sharks are a prevalent animal to study.

Not only are they stunning to look at, but they are also fascinating to learn about.

These apex predators are engrossed in people.

Here are some intriguing, fun facts concerning sharks in the Bahamas:

Sharks in Freshwater vs. Sharks in Saltwater

Sharks can only handle saltwater, not freshwater.

You will not find a shark in a freshwater lake or river.

Even though they are cold-blooded, they do not just seek out cold water.

Many sharks live in the tropics and warm water.

These predators want to be well hidden from their prey, so they live in deep ocean areas.

Even though they prefer deeper waters, numerous sharks will swim closer to the surface to find food sources.

However, there are sharks who live in the Arctic and swim in subzero-temperature water.

In The Bahamas, the water temperature rarely reaches below the seventy-two degrees Fahrenheit mark.

Encountering a shark while you are swimming is a terrifying experience.

Follow these three safety tips if you ever come face to face with one of these apex predators.

First and foremost, you need to create space between you and the shark.

Do not swim away as fast as you can because the shark will mistake you for prey.

Show the shark that you are aware that the shark is there by looking them directly in the eye.

Quickly scan the water to ensure no other sharks are in the area.

Most people assume if a shark is nearby, they would know, but that is not the truth.

There are sharks around you in the ocean all the time as you swim; you just are not aware of them.

Sharks are curious creatures who usually want to check out what is happening.

If a shark approaches you in a rare moment, then stay calm.

The most important tip of all is to remain calm and not panic.

You have to act like a predator yourself, or the shark may mistake you for food.

Do not draw attention to yourself because the shark will not see you as a threat.

Stay calm, make eye contact, and slowly back away from the shark to ensure your safety.

Going to The Bahamas?

But before all the fun, as with anywhere else, there are dangers and it’s good to be aware. 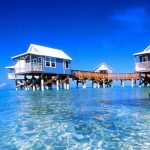 Sharks are beautiful creatures who have a terrible reputation because of movies like Jaws.

Shark attacks are not as common as you may think.

In 2011, the Bahamas issued a ban on shark fishing, helping the shark population increase.

Many sharks who were once endangered are now seen in expansive amounts.

If you encounter any of the many species of sharks who reside in the oceans of the Bahamas, stay subdued.

Pretend to be an ocean predator and make eye contact with the shark.

Slowly back away, being careful not to splash or cause a scene.

If the shark mistakes you for prey, the situation could turn serious in a minute.

How long do sharks live?

It depends on the species of the shark.

Some sharks live for sixteen years, but others have lived for fifty years.

The Greenland shark is estimated to live for approximately four hundred years.

Sharks have an impeccable sense of hearing.

Unlike humans, who have ears on the outside of their head, the shark has two ears on its head’s interior.

Their excellent sense of hearing helps them to locate prey far away.

They can also pick up on vibrations with their great hearing skills.

What is the fastest shark?

The fastest shark is the Shortfin Mako.

This shark can reach speeds of up to forty-three miles per hour.

It chases down some of the fastest fishes in the ocean, like tuna and swordfish.