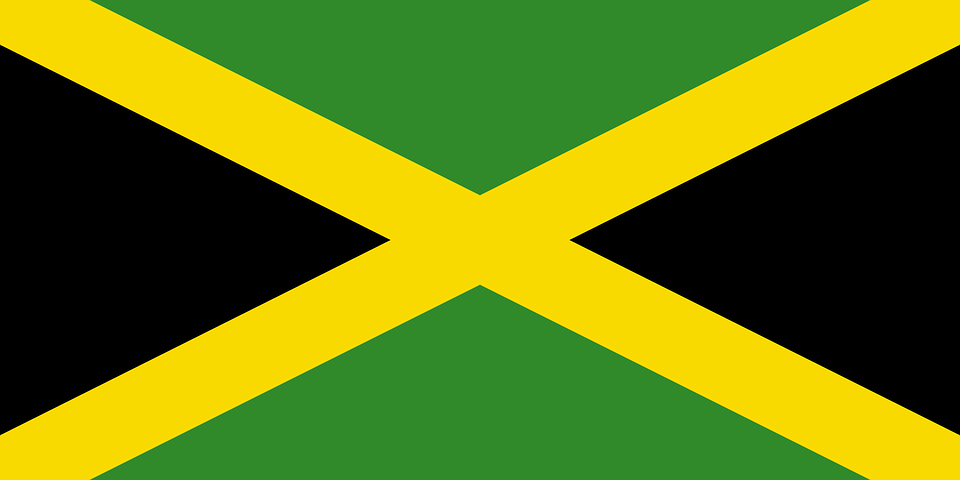 There are some sharks in Jamaica and several kinds, but none of the killer kind.

There have been very few incidents where sharks were a problem.

Most of the ones you will see are rather small and will not bother you if you do not bother them.

Jamaica has hundreds of miles of beaches to explore, and almost all of it is safe for swimming, snorkeling, or diving.

There are some tricky waves at times that will be more of a danger than sharks.

So… Are There Sharks in Jamaica?

There are sharks in Jamaica, but there have been very few incidents of people being hurt by sharks.

There are many kinds of sharks.

The big great white sharks that are killers in movies prefer colder and deeper water than the water around Jamaica.

The most common shark around Jamaica is the “Nurse Shark,” which lives pretty far off the beach in deep water, and likes to hang out on the ocean floor.

These sharks will only be seen by scuba divers.

They can get big, as much as 14 feet, but they seem docile and will not attack unless provoked.

There are records going back nearly 200 years.

Since 1827, there have been 10 fatalities reported due to sharks.

Since 2013, there have been two, and both were related to spearfishing far from the coast.

There was one more fisherman who is presumed to have been killed but was never found.

That may or may not have been a shark attack.

Since 1900, 121 years, there have been 19 reported attacks, which include fatalities and non-fatalities.

In 2021, there were nine incidents involving nurse sharks worldwide.

None were fatal, and in all those cases, people were trying to swim with them or otherwise provoking them.

Interestingly, the website Sharkinsider.com says Nurse sharks have been involved in very few attacks worldwide and are almost always provoked.

The website also says there has never been a fatality from a nurse shark.

The sharks around Jamaica are off the southern and southeast corners of the island.

The north coast has virtually none.

That is an area with great reefs popular with snorkelers and divers.

The reefs may be what provides a barrier against sharks as they are not seen there.

You will very likely not see a shark if you stick to the beach and swim in shallow waters around the island.

The only people who will see sharks are those that get out into deep water – sailors or divers – and almost all of those will be docile nurse sharks.

Considering the fact that 2.7 million people visit Jamaica each year, and that there are three million living there, the odds of being killed by a shark are very small.

That many people, with 11 fatalities in 200 years, leave the odds at somewhere between three and five million to one.

There are several species of sharks around Jamaica.

Potentially any kind of shark in the Caribbean could approach the island.

Here are the kinds:

There are three more species that have been seen around Jamaica.

They are dangerous but are rare in this area.

Is it Safe to Swim in Jamaica?

Yes, it is safe to swim in Jamaica.

Many locals say you are unlikely to see a shark if you are just swimming at the beach.

There are not all that many around, and the ones that are around are far enough away that you will not see one at the beach.

There are a few beaches that are popular, but the cool thing about Jamaica is that you can swim in the ocean from anywhere on the island.

One danger is the undertow, which can be strong at times.

Usually, the water is calm and there are no issues, but when there is, you could be swept away.

If there are warnings, do not swim.

Many beaches are patrolled by lifeguards, and that is where you should swim.

Jellyfish can be an issue during certain seasons.

Scorpions, stingrays, and sea urchins are also spotted at times, but none of these are common.

Some areas have sharp coral and rocks that you may not be able to see.

Wear water shoes to be safe.

The warm water keeps sharks away for the most part.

The most common shark is the Nurse Shark.

It can get big but tends to be a docile shark that likes to stay in deep water near the bottom.

As many as 90 percent of the sharks around Jamaica are Nurse Sharks.

The first shark attack was reported in Jamaica in 1827.

There have been less than a dozen fatalities due to sharks since that time.

The Caribbean Sharpnose shark is the smallest shark in Jamaica, weighing about seven pounds and is normally three feet long.

Of the 18 or so shark attacks in Jamaican waters over the last 100 years, seven were in the Kingston area.

In six cases, the location was not reported.

Three were at Westmoreland.

Single attacks were at St. Catherine and Clarendon.

The Nurse Shark, the most common one in Jamaica, is considered a non-migratory fish and likes the warm water around there.

They have been found off New England in summer at times, which is a mystery to science.

They cannot survive in fresh.

Some can last for a while in brackish water, but they are saltwater creatures.

Bull sharks can swim for a short time in freshwater.

There are some freshwater sharks in rivers in Australia.

There are sharks all over the ocean from the northern polar region to the south pole.

Sharks are classified as polar, temperate, or tropical, depending on the surface temperature of the water.

There are polar sharks who live under the ice caps where it never gets above 40 degrees.

The depth of the water also affects the temperature and this is another consideration about where sharks of different kinds live.

Some like the warm, relatively shallow coastal waters along the continental shelf.

Deepwater sharks are those that stay below 650 feet under the surface in very cold waters.

We have a safety review you should check out, I recommend reading the full guide if you want to be well-prepared. 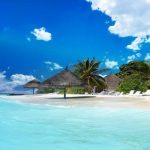 There are sharks around Jamaica, and most of them are out in deep water.

If you are swimming at the beach, you will very likely not see a shark at all.

The most common shark is the Nurse Shark, which likes to stay at the bottom of the ocean in deep water.

There are some sharks around, but the danger is minimal.

What are your chances of being attacked by a shark in Jamaica?

The chances are very small and extremely small that you will be killed.

Since 2000, there have been two confirmed deaths due to shark attacks, and a third one is suspected but that person may have drowned.

Considering there are three million people living there, and the millions who visit each year, your chances would be one in several million.

There are only about 10 fatalities per year worldwide due to sharks.

There were about 100 non-fatal attacks worldwide last year, and 40 of those were provoked.

Where are the sharks in Jamaica?

Most sharks are on the south and southeast sides of the island.

They are very rare on the north side of the island.

It is rare to see a shark if you are swimming on a beach close to the shore.

Most sharks are in deep water, and many of them like to stay on the bottom of the ocean.

What should you do if you are diving and seeing a shark?

You should get away as soon as possible, but do not panic by flailing your arms and legs.

You do not want to attract more of the shark’s attention.

Stay vertical and get to the surface if at all possible.

Most sharks will ignore you, and if they are not coming toward you, you might be ok as long as you keep your eyes on them.

Why are there so few sharks around Jamaica?

The island has very warm water throughout the year, and the water is relatively shallow all around the island.

This is not the environment that sharks prefer.

It is also enclosed by the Caribbean Sea as opposed to being in the open ocean.

The most dangerous sharks prefer colder water and stay away from areas like Jamaica.