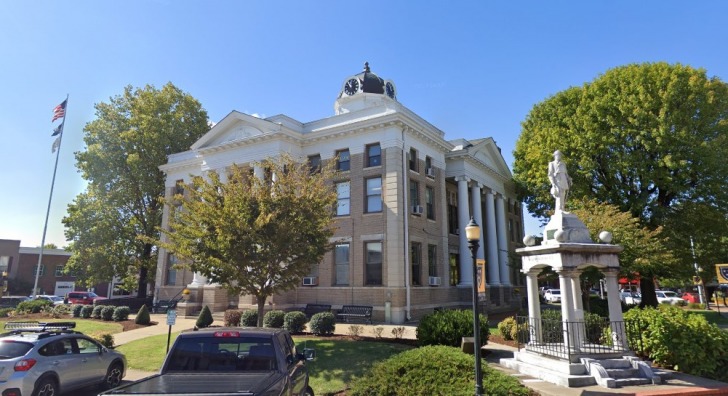 Murray, Kentucky, wraps a lot into one small town.

It is a historical town with a certain friendliness you can only get in the South.

On the surface, Murray doesn’t jump off the page.

That income is half the national average.

You might think with poverty comes more crime, but somehow Murray has bucked that trend.

When you look closer, you’ll see Murray is the high school home of supermodel Molly Sims.

It’s rich with history and creative food combinations without being a show-off about it.

This city definitely has the vibe of a college town with a country feel and outdoor adventures in all directions.

Murray is less than 30 minutes from the Land Between the Lakes National Recreation Area and offers traditional hotels as well as lakeside resorts.

It is also just eight miles from Tennessee.

While you won’t be overwhelmed with the number of things to do here, you’ll love the laid-back style and tight-knit community that earned Murray the distinct title of one of the “Friendliest Small Towns in the Country.”

Murray has a low overall risk, according to 2020 FBI crime data. The theft rate is the only category higher than the national average, and 31% of those crimes were shoplifting, which isn't going to be a safety concern for a tourist.

There is a transit system called the Murray/Calloway Transit, but there isn't a map or schedule posted. The on-demand services are for specific resident needs only. Try calling (270) 753-9725 closer to your visit to see if fixed routes are set up. You can get a taxi or rideshare sparingly, but you'll really want to have your own car here anyway, especially for visiting the lakes.

There hasn't been a pickpocket or purse snatching here since 2017, so that's a low risk. You should still use basic safety steps to carry only what you need and leave valuables at home while walking around.

Severe weather can happen throughout the year here, as proven by the tornado that hit nearby in December of 2021. Flooding, severe thunderstorms, and large hail are also possible. Then there's the winter risk of blizzards and ice storms. An earthquake on the New Madrid Fault Line could also do damage here. Because of all that, it's a medium risk in Murray.

There were four robberies in 2020, and none were in a public place. You should still stay aware of your surroundings. You don't want a false sense of security to catch you off guard.

Most of the scams in this region are targeted at locals and aren't any different than scams happening nationwide. If you want to get scam alerts, you can text KYOAG Scam to GOV311 (468311). This will send you trending Kentucky scam alerts on your mobile device.

All of the water samples tested in 2021 met or exceeded the requirements for drinking water. Kentucky doesn't regulate PFAS, but the legislature is talking about the "forever chemical" standards, so there might be new standards by the time you visit.

Safest Places to Visit in Murray

You know you are in the Bible Belt when the tourism bureau starts describing downtown Murray with the New Life Christian book store that has been in business for three decades, even though the city was founded in 1822.

However, it’s not all religious fanfare here, as one of the popular restaurants is Mugsy’s Hideout.

From the corner of Main Street and North 5th Street, there are 12 stops on the self-guided walking tour.

Murray State University is a great college campus to explore, and several things bring tourists in.

The Clara M. Eagle Galley is an art display with an upper and lower section for art lovers.

You can stroll through nature’s art in the Arboretum.

Special attention is paid to the plants and flowers native to eastern Kentucky.

Central Park is the largest city park and home to the Playhouse in the Park, where community theater takes the stage several times a year.

There’s also a pool, sporting fields, and hiking trails in this park.

The entrance to Land Between the Lakes National Recreation Area is 30 minutes from Murray, and from there, you can drive for hours just exploring the whole region.

The first lake you’ll cross over is Kentucky Lake, and the far east lake is actually the Cumberland River, which stretches out for a brief time into Lake Barkley.

Aside from the fishing, boating, hiking, and wildlife viewing, I have a few recommendations spanning about 25 miles on the main north/south highway through the area, from Kentucky to Tennessee.

Places to Avoid in Murray

The northeast side of the city has the highest crime rates, but there’s not a part of town that is too dangerous to visit.

You should stay on main roads and surface streets and avoid going through neighborhoods.

The side streets here are rarely marked with street lines and don’t have sidewalks.

They can be pretty narrow, especially with resident cars parked on the streets.

In the middle of the Land Between the Lakes, you might hear of a place called Hotel California.

Apparently, some travelers have an affinity for touring abandoned properties.

There is nothing safe about this area.

The vulgar graffiti covers the building, and you will walk around with broken beer bottles from decades of illegal partying.

It’s really nothing more than a dangerous, rundown building that’s only still standing because of the concrete layers.

There’s too much else to explore to waste your time with Hotel California, otherwise known as the Vampire Hotel.

In reality, the abandoned home was the ritual center for a group calling themselves The Vampire Clan in the 1990s.

They would party, do rituals, and take drugs at this creepy location.

The leader proclaimed himself to be a 500-year-old vampire.

In an effort to “rescue” a teenage girl in Florida and “turn” her into a vampire, he ended up brutally slaughtering her parents with a crowbar.

The killer will spend the rest of his “vampire years” in a Florida prison.

Safety Tips for Traveling to Murray

So... How Safe Is Murray Really?

Murray has a violent crime rate about half the national average and slightly below the state average.

The highest crime category is theft, and that’s 22% higher than the national average.

However, shoplifting accounts for 31% of that number, so technically, when you take out shoplifting, it’s just below the national average.

While Murray is a working-class town, it’s also one of the friendliest places you’ll go (provided you talk about nothing controversial and avoid any words that sound like “Civil War.”)

There’s a college town vibe with a great outdoor area worth exploring as much as you can while you visit.

How Does Murray Compare?