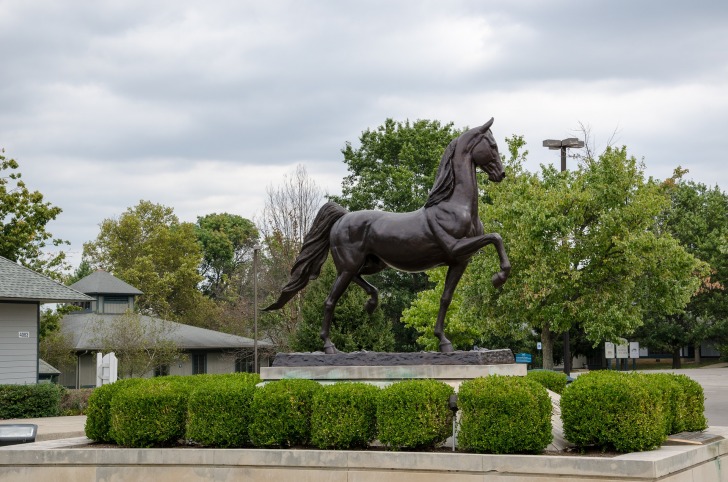 The state of Kentucky is in the United States of America.

Kentucky is known for its bluegrass, bourbon, and horse racing.

It has plenty of outdoor as well as indoor activities such as hunting, camping, and fishing as well as lovely architecture.

So a visit to this state can be an enjoyable experience.

But how safe is it?

Some places are perfectly safe while others are more dangerous.

The crime rate for the entire state of Kentucky is 2.26 per 1,000, which makes it a fairly safe place to be.

There are still certain risks involved in traveling here, so it’s best if you know what they are before you come here just to be on the safer side.

Gun Safety Laws - Kentucky is a "shall-issue" state for concealed carry, which means that the sheriff's office shall issue a license to carry firearms to any individual who qualifies on grounds similar to those required in other states. So firearms are allowed, but they must be registered. The most common crime here is actually property crime. So if you're going to visit here, I'd recommend that you don't leave your things unattended in cars or anything like that. If you live here, make sure you have good home security. Other than that, there aren't many warnings about traveling here. Kentucky as a whole has less crime than a typical US city.

When you travel in Kentucky, the main transport concern is road safety. There is little info about taxi dangers. If you plan to travel in the state, you will most likely have to rent a car. Many of the roads and bridges here need repair. As a result, there is a high level of vehicle accidents.

If you stay vigilant, you can avoid pickpockets. However, if you take public transportation, be aware that that is where most pickpockets tend to operate. If you are a tourist, do not flash your valuables around and make yourself a target. The main type of crime in Kentucky is property theft, so be vigilant of your valuables.

Kentucky is a state that is known for flooding due to severe storms. The high storm season is usually between April and May. Kentucky is also known for having a large number of tornadoes. There's an average of 21 tornadoes each year. There's also a moderate amount of danger from landslides and mudslides.

Most gun-related crimes tend to happen between people who know one another here or who may be in gangs. However, you may be the victim of mugging if you are not aware of your surroundings if you venture into the wrong neighborhood. And be extra careful if you are taking public transportation with your valuables.

While terrorism can happen anywhere in the United States, Kentucky is not known as the main target.

Be as vigilant in Kentucky as you would be if you're visiting a place where you don't know anyone. If you appear to be a naive tourist flashing a lot of valuables, this will make you a target of a scam as it would anywhere else. If you are cautious, you should be able to avoid scams. Be extra cautious in big cities such as Louisville, where you might be more of a target - especially when you are out drinking.

Overall, women travelers can be safe if they remain in areas with other tourists and residents. Practice basic safety precautions, such as avoiding walking alone at night.

Safest Places to Visit in Kentucky

Somerset is a small city in Pulaski County, which has the smallest population of any county in Kentucky.

It’s located along the Cumberland River and was incorporated in 1798.

It rates as the safest city in the state.

This lake is the largest man-made lake east of the Mississippi River, and it’s surrounded by plenty of forests filled with wildlife like deer, bears, turkeys, raccoons, beavers, rabbits, squirrels.

You won’t have to worry about dangerous people or activities here; you’ll only need to watch out for wildlife.

Madisonville is a small city that’s about 60 miles away from Cincinnati.

The population here is just 17,000 and it has plenty of attractions, including horseback riding, camping places, outdoor activities like hiking and hunting, lakes for fishing and water sports, malls, public golf courses, tree-lined streets.

The second-largest city in Kentucky also has a very large population of about 300,000 people.

It offers some great attractions, such as Keeneland Race Track and a fun downtown area.

Places to Avoid in Kentucky

While Kentucky overall is relatively safe, you still need to be cautious.

There are certain places in this state you should avoid altogether.

This place is one of the most dangerous places in Kentucky with safety being graded as low.

There are high rates of violent crime, property crime, drug use, and alcohol-related crimes here.

This is also a high-crime area, but the crimes that occur here include robberies, homicides, and aggravated assaults.

This is a low-income area as well as a high-crime one.

This is a city with one of the highest crime rates in Kentucky.

Apart from robberies, homicides, and thefts, this area also has high drug-related crimes as well as property crimes.

The main risk here is burglaries but there are also some cases of homicides/criminal killings, rapes, aggravated assaults.

This city is next to the Ohio River and it’s very urban with high crime rates, so you must be extremely careful.

You will find many interesting landmarks here though so it might be worth visiting if you take all the necessary precautions beforehand.

If you visit this park, make sure that you don’t wander off the marked trails as there have been reports of people getting lost and injured here.

Safety Tips for Traveling to Kentucky

So... How Safe Is Kentucky Really?

Kentucky is generally safe, but make sure you are aware of the places where your safety is at risk before you go.

Also, take some precautions before traveling here to keep yourself as safe as possible.

In terms of crime, the most common crime is property crime, so guard your accommodations and vehicles as much as possible.

While violent crime has increased within the last couple of years, most property crime often occurs at home or by someone that knows the person.

Also, be aware of the risk of natural disasters in Kentucky.

Be prepared to take shelter if you are there during the rainy season or are in an area that is frequently torn by tornadoes.

Be extra vigilant when you are driving on non-interstate highways or rural roads in Kentucky.

Fatal traffic accidents occur at three times the rate on these roads than anywhere else in the United States.

That being said, Kentucky has plenty of attractions that are worth visiting, so it’s not a place you should avoid altogether if you’re interested in seeing the state.

How Does Kentucky Compare?