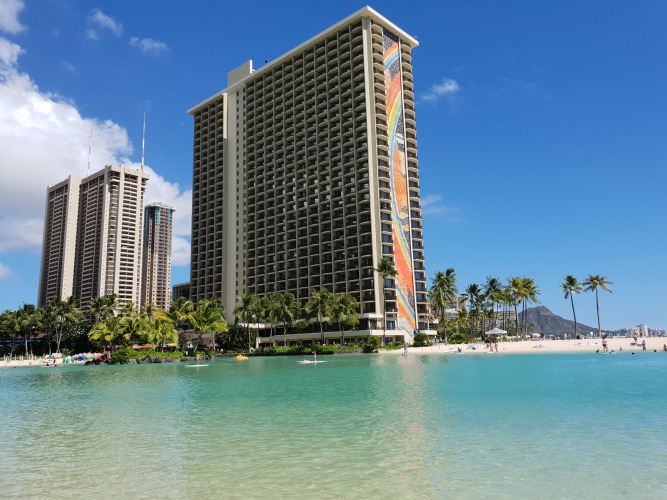 Hawaii is popular for its stunning landscapes and beaches, but the safety of Hawaii travel has been a concern of many travelers.

Before 2011, Hawaii was rated by Travel and Leisure magazine as one of the safest U.S. states in which to live, based on crime rates and political stability.

Tourism has been a large part of Hawaii’s economy as well as its politics.

The government is working to keep travelers safe by taking necessary precautions and following advice from safety organizations such as the U.S. Department of State and other countries’ travel advisories.

Concerning safety concerns regarding natural disasters, Hawaii was ranked as the 13th safest state by WalletHub.

According to scholars at UH Mānoa, Hawaii’s infrastructure can withstand and recover from any disaster better than most other states in the nation.

If you enjoy surfing, come to the island of Oahu for some of the best surfing in the world!

Although most beaches and areas are safe for swimming and recreation, be cautious when you go deeper into the waters as currents can become dangerous.

Violent crime, such as murder and armed robbery, tends to be associated with the drug trade. As a result, incidents often occur in places frequented by addicts, including secluded areas under the freeway or train tracks where addicts tend to congregate. However, tourists are seldom affected by this crime. Hotel safety is generally good due to tight security, but tourists should still take extra precautions at night. You will have to be vigilant about natural disasters. It is best to have an emergency plan in place when you travel, including where you will seek shelter if there are tsunamis or earthquakes.

Taxi drivers are considered vigilant and helpful in most cases. Taxi crime has declined steadily since 1992 due to strict government regulations. However, some taxi drivers will try to overcharge visitors, so you must be aware of this before getting into any cabs.

Pickpockets are common in Honolulu and other busy areas. Tourists should be cautious of thieves who work with accomplices to distract their victims.

Hawaii is located in a region of high volcanic activity, which can cause earthquakes. Hawaii has no active land volcanoes, but earthquakes are still a threat to the state. The island-state is located in an area called the "Ring of Fire" where earthquakes are very common. Hawaii experiences tsunamis throughout the year, but most often during October through May. Hawaii also has 5 active volcanoes. A couple of them are among the most active volcanoes in the world.

Violent crimes and muggings are rare in Hawaii, but it is still important to stay vigilant. Keep valuable items out of plain sight and be aware of your surroundings at all times.

Hawaii itself is normally not a target for terrorism like New York. However, terrorism can happen anywhere at any time - especially domestic terrorism. So it is important to be vigilant, no matter how safe a state is otherwise.

Tourists can get scammed into paying for things they could see for free. Be aware of getting catfished on Instagram - in other words, a beach may look better in a photo than it does in real life.

Overall, women travelers can feel safe here, even when traveling alone, as long as they take normal safety precautions. Of course, regardless of gender, be careful with your property. Property crime is the most common crime in Hawaii.

The state once had good pristine drinking water but it has suffered contamination in recent years. Petroleum has been found in the water.

Safest Places to Visit in Hawaii

Kalaupapa is a remote peninsula on the island of Molokai.

It has also been recognized as a national historical landmark.

The area has no cars and only hiking trails, making it safer than other areas in Hawaii.

Maui is one of several islands that make up the state of Hawaii.

It’s easy to see why Mauna Loa Macadamia Nut Corporation was founded there since it’s home to some of the world’s largest macadamia nut farms.

Mostly, this island is known for its sunny beaches, but there are some tourist attractions inland too.

There are many beautiful places on the Big Island of Hawaii, including some popular national and state parks.

It’s also home to some of the world’s most active volcanoes, including Kilauea and Mauna Loa.

Oahu is one of several islands that make up the state of Hawaii.

Honolulu is the capital of Hawaii.

Even though tourists mostly visit Waikiki Beach for its seaside resorts, beaches, surfing contests, and cultural festivals, there are still other tourist attractions to be found in Honolulu.

Placess to Avoid in Hawaii

Honolulu, Oahu has its good and bad.

It is the main site for drug transport in the state.

In 1993, the U.S Navy turned over control of this small, uninhabited island in Maui County to The State of Hawaii after using it as a bombing target since World War II.

While there are some buildings left behind by the Navy, much of Kahoolawe is now barren because the thick layer of topsoil was blown off.

This part of the state has the highest number of sex offenders.

Safety Tips for Traveling to Hawaii

So... How Safe Is Hawaii Really?

Hawaii is a beautiful, tropical paradise for most tourists who visit the state.

Unfortunately, there are always some risks when you travel to just about any place in the world.

As with anywhere else, Hawaii has its good and bad parts of town.

The most frequent violent offense in Hawaii is aggravated assault, which makes up 52% of all violent crime in the state, as opposed to 68 percent across the country.

Property crime has decreased significantly over the past year – from 24% to 18 percent this year.

Burglaries are far less prevalent in Hawaii, accounting for 13% of all property crime vs. 16% across the United States.

Hawaii has low instances of terror-related attacks, but tourists should remain vigilant at all times when in crowded public places or near large events where there are a lot of people gathered all at once.

Overall, you should be safe here with common-sense precautions.

How Does Hawaii Compare?