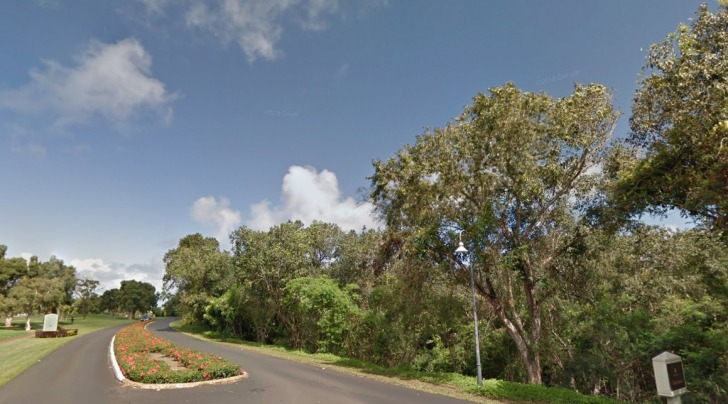 Princeville sits on the northern side of the westernmost and oldest island of Hawaii, called Kauai.

It’s an island five million years in the making with secret and not-so-secret adventures around every turn.

Princeville itself is a master-planned community with everything from luxury resorts to Airbnbs to camping adventures.

For this article, we’re going to expand a bit of information on the general northern Kauai area including the surrounding cities of Janalei, Kalihiwai, and Kilauea.

Kauai is known as the “Garden Island” because lush doesn’t even begin to describe the amazing flora and natural amenities here.

This is the quieter side of the Hawaiian islands without the big crowds you’ll find on Waikiki beach, but you aren’t missing a thing in this remote environment.

That’s the only thing missing, but you can find plenty of that around the airport when you arrive in Hawaii and before you head to Kauai.

Fans of Jurassic Park might recognize this area as many of the dinosaur scenes were shot on the Princeville beaches and in the jungles.

Raiders of the Lost Ark has made some film history here as well.

Here you can find secret beaches and various botanical gardens.

Take a “Queen’s Bath” as a reward for a tough hike.

Enjoy views of jagged cliffs with ocean waters pounding into the rocks.

Take a tubing tour down a river through caves.

Watch out for the wayward chickens as they are everywhere here.

I’ve researched all of the Hawaiian Islands and if I had to pick just one, I would pick Kauai for sure.

There's a very low risk in Princeville and it's one of the safest communities in all of Hawaii. Crime rates are exponentially lower than the state and national averages. The real risks are in nature and we'll talk through those.

You're going to fly into Lihue to get to Kauai, so you'll need to either take a shuttle, taxi, or bus to Princeville. Check to see if your hotel has a free shuttle. It's about a 45-minute drive. Having a car on this island is ideal, but be sure to reserve one well in advance. There's low risk with any option.

There's a low risk here and the crimes in the area are counted by the dozens, not hundreds, as in other cities. Any tourist area is going to have a certain risk of pickpocketing or purse snatching. You should still have your guard up no matter what the crime statistics say.

There's a medium risk here with the chance of a tsunami, hurricane, flash flooding, or landslide as ongoing risks. In early 2021, a landslide destroyed a portion of the only highway to get to this part of the island. Construction has been ongoing since then to repair and re-stabilize the road. Due to the remote nature of this area, it's important to know the risks before you visit.

There's a low risk here as the overall crime rate is low. That doesn't mean you should let your guard down and walk around at night drunk with a wallet full of money, of course. Just know there is a lesser chance of it happening here.

There's a medium risk for all the Hawaiian islands and Kauai is home to the Pacific Missile Range Facility. The U.S. Military has a strong presence across Hawaii and monitors the Pacific Ocean for dangers. As much as this is a tropical paradise, you can bet there is a large Homeland Security presence making sure an attack like Pearl Harbor never happens again.

There's a low risk of getting scammed here. Most of the resorts here are legitimate and as long as you book through the trusted resort websites or through a local travel agent, you shouldn't have to worry about rental scams. The price of food can feel like you're being scammed in Hawaii. It's important to be aware of incredibly higher food prices than you are probably used to. For example, a gallon of whole milk can cost $9 here. It's not a scam, it's the price of distributing food to remote islands. If you try to buy something from Amazon Prime while you're visiting, you probably won't be able to get two-day shipping either due to the distance.

There's a low risk for women who are practicing basic personal safety and paying attention to their surroundings. The only higher risk is when women (men, children) go on adventures alone. Then the risk factor shoots up to high risk. This isn't the place to go alone just because of natural dangers that exist in remote areas with little mobile phone service and few places for ambulances to come help you.

Tap water has a low risk, but you might choose bottled water just because of the taste. Water in Hawaii comes from a variety of different wells and services, so the annual water quality reports go by the individual cities. For the Princeville area and surrounding cities, the water meets or exceeds all requirements.

Safest Places to Visit in Princeville

When you fly to Lihue and before heading to Princeville, stop at Kauai Backcountry Adventures.

This is where you can book a tubing trip down the Lihue River.

You’ll take an ATV ride to the river and then don a helmet with a headlight attached as you float down the river, through caves and canals once used to transport sugar.

In case claustrophobia gets to you, there’s a ladder along the way to hop off and be returned to base camp.

It’s hard to pick out one particular beach to visit, as there are more than a dozen in this area all with the same great sea views.

Anahola Beach is a great place if you want to try surfing for the first time.

The ocean is much gentler here than on other beaches.

Queen’s Bath is one of the top destinations in Princeville.

It’s an elevated tidal pool surrounded by rocks and about the size of an Olympic swimming pool.

You have to hike to get there, but it’s worth the trip if you’re fit enough to handle the trail.

If you visit the Kilauea Lighthouse and Wildlife Preserve, you can hike to the stunning Mokolea lava pools.

It is safest to only attempt this trek during the summer at low tide.

Do not miss a chance to visit a farmer’s market in Princeville and surrounding cities.

Without as many touristy shopping areas on Kauai, the farmer’s markets are the best chance to get some local goods.

Places to Avoid in Princeville

Princeville isn’t big enough to have too much variety in crime rates.

The western side of the city and the nearby western city of Hanalei are the safest, while the eastern part is more dangerous.

Keeping in mind the average crime happens once every five days, there still isn’t a bad part of Princeville.

Princeville and surrounding northern Kauai really have a rugged environment.

There aren’t as many easy hikes as you’ll find on other islands.

You are going to be walking on slippery rocks or on clay ground that can get very slippery as well after heavy rain.

Avoid bicycling on the roads if you can.

While in many cities it’s a great way to get around, this part of Hawaii has a lot of narrow roads without bicycle lanes and it’s too easy to have a car not see you on a turn before it’s too late.

I have a friend whose sister died while bicycling in Hawaii a few years back and all of the Google mapping views of the streets here show little to no room for a bicyclist to safely ride.

If you do go for a ride, do it in a large group of people so you’ll be more visible.

Safety Tips for Traveling to Princeville

So... How Safe Is Princeville Really?

Crime-wise, the area is very safe.

The crime rate is 30 crimes per 1,000 residents and that doesn’t even include all the tourists who are there at any given time.

Some of the crime that happens has nothing to do with the locals and is caused by the visitors.

Property crime will be the biggest risk, especially if you are renting a car.

There are a lot of car break-ins on Kauai.

Leave your car as empty as you found it when you park.

Don’t let anyone see you loading up the trunk with valuables.

Anything you bring in the car should be carried with you when you leave it.

Roll up the windows and lock the door before you go.

This will not only help safety but keep a sudden rainstorm from soaking the inside.

The real safety risk is in nature.

Even people who live at the beach in Florida will find the ocean is much different here, much less if you are from a landlocked area.

The warning signs prevent you from the most common accidents.

The bottom line with recreational safety in Kauai is this – when in doubt, don’t go out.

If you in any way doubt your ability to handle the water, a hike, the rock scramble, or the loose stones on the beach – don’t do it.

How Does Princeville Compare?