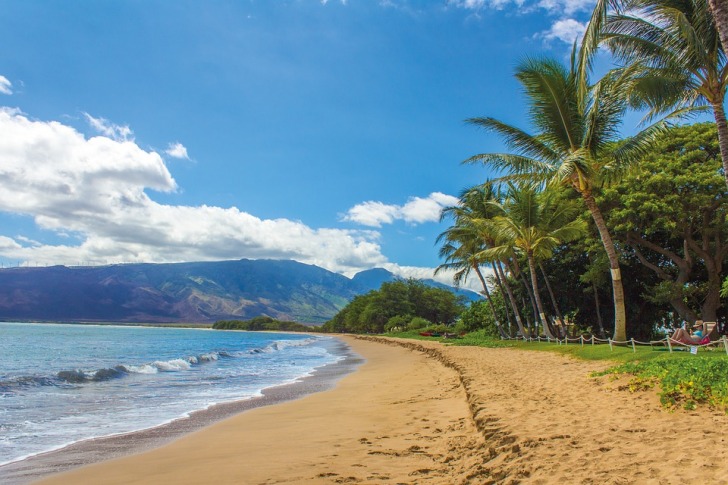 Hawaii is a tropical paradise known for its expansive blue ocean.

However, the Hawaii landscape is not limited to its beaches.

The islands are also home to some of the world’s most preserved wildlife, including sharks.

If you are considering visiting the Hawaiian Islands for their tropical paradise, you should know if there are sharks in Hawaii before booking your trip.

So… Are There Sharks in Hawaii?

Yes, there are sharks in these beautiful island waters.

But while Hawaii is not exactly made up of one endless beach like the tourist postcards make it to be, there are plenty of places where you can safely swim.

There are also many opportunities for tourists and locals alike to see sharks in their natural habitat away from swimming areas.

Are Sharks in Hawaii Dangerous?

There are over 40 shark species that call the waters of Hawaii home.

Some include Blacktips, Whitetips, Scalloped Hammerhead sharks, and Tiger sharks.

While shark attacks are common in other parts of the world, you are much less likely to encounter a shark while visiting the Hawaiian Islands.

However, there have been 20 documented shark attacks since 2010.

Most were minor injuries resulting from bites or nibbling on swimmers’ legs.

Here is a list of the shark species you might find while swimming on your Hawaiian vacation: Galapagos shark, Sandbar shark, Thresher shark, Hammerhead shark, Tiger shark, and the Bigeye thresher.

The most common sharks found in Hawaii are the Galapagos shark and the Sandbar Shark, which can grow to 8ft.

In 2018 there were 9 confirmed cases of shark attacks on humans within a 3-week time frame.

The more common breeds of sharks that were involved in those attacks include the Tiger and Galapagos.

Although the fatalities remain as such, these cases are still considered very rare due to the fact that there are millions of people who visit Hawaii each year.

Is it Safe to Swim in Hawaii?

Many people love swimming and water sports in Hawaii.

The beaches of the Hawaiian Islands are great for swimming and water sports thanks to their sandy coasts that make it easy to access the deeper parts of the ocean.

There are also many opportunities for visitors and locals alike to interact with sharks in a safe environment while visiting Hawaii.

There is even a marine life conservation district called Hanauma Bay where tourists can watch the sharks while they swim over them.

Hanauma Bay, Oahu’s Marine Life Conservation District, is one of the best places to view the shark species in Hawaii up-close without fear of being attacked.

The bay opened in 1967 and is believed to be one of the most beautiful beaches on all of Oahu.

The Mokapu Peninsula is also home to large numbers of Galapagos sharks, which are known for their interaction with the local community.

There are even events celebrating these wonderful creatures where they are called upon to eat the fish offered by the spectators who attend.

Even though shark attacks have been on the rise, tourists must remember that these shark attacks are still very rare and it is still safe to swim in the Hawaiian waters.

According to research, there have been more than 100 shark attacks on humans since 2010.

Tourists should be advised that every year between 10-20 sharks pass by Hawaii’s shores.

However, most of these sharks are not the kind of sharks that would attack humans.

The last fatality from a shark attack in Hawaii was in December 2020.

Most of the attacks have been by Tiger Sharks, Galapagos Sharks, or Hammerheads.

The reason for most of the attacks is because these three breeds are more likely to come in contact with humans due to their feeding habits, which rely on scavenging along shorelines.

As per statistics, most visitors who drowned were not locals and were not wearing life-saving devices at the beach.

Shark attacks may be rare, but drowning at Hawaii’s beaches is even more common, with an average of 12 people drowning on each island annually (Hawaii, Maui, Lanai, Oahu).

Catching a wave is one of the most popular activities in Hawaii.

However, waves are extremely dangerous when people are not wearing life-saving devices at beaches with strong currents.

Also, do remember that surfing is not permitted in some areas due to their rocky coasts which are home to sharks or jellyfish, both of which bear poisonous stings.

Always check the water conditions before entering the water.

Honolulu has become a popular spot for surfers from around the world because of those big waves.

Tiger sharks are often found at the beach in Hawaii, which is why they are known as “Beach Boys”.

However, these sharks usually do not come close to humans and can be spotted from a distance.

Sharks originated over 400 million years ago and have lived on Earth for a longer time than humans.

Sharks are an important part of marine life’s ecosystem.

Over 100 million sharks are killed by humans every year, mostly without reason.

Some breeds of sharks can live up to 70 years, which makes them vulnerable to extinction if their numbers are killed each year.

In 2003, a study found that sharks cannot tell the difference between humans and fish from afar.

This is why they end up confusing humans as prey when they come close to shore.

Sharks are known for their never-ending ability to adapt to environmental changes since they have been around for a long time.

They also help maintain the ocean’s ecological balance by eating animals that are diseased or injured.

The shallow waters surrounding the islands of Hawaii are what make it perfect for sharks to live in.

Since most sharks will die if they are not kept in saltwater, their numbers have dwindled with only a few breeds being able to survive in freshwater.

It is believed that some breeds are able to adapt to living both in saltwater and freshwater.

The latter is perfect for Hawaii’s shallow waters.

The number of shark attacks on humans has risen in the last few years due to climate change and environmental factors.

The increase in global temperature has led to warmer waters, which is why sharks are coming closer to coasts, making it easier for them to spot their prey (humans).

Do not go for a swim during times where there are no other people at the beach (dawn, dusk), since this is when sharks prefer to hunt for food.

Never swim alone after dark or in murky waters.

Always wear life-saving devices at beaches that are more prone to underwater currents and hence sharks, like Maui, Lanai, and Molokini.

Do Not Bleed and Swim

Do not go for a swim if you are bleeding, since sharks have an acute sense of smell that can detect even just a small amount of blood.

Yes, they can even smell menstrual blood.

If you are unfortunate enough to be attacked by a shark when in the water, here are some safety tips to follow:

This will only worsen the situation, making it harder for anyone trying to rescue you.

Keep calm and try to remain afloat by using a floatation device.

While remaining afloat, try to reach for something which you can grab onto so that the shark might leave you alone and realize you are not a food source.

Once you are rescued, do not go back into the water for at least 24 hours, since your taste in blood might attract more sharks to attack you once more.

We often think of sharks as scary, but they are necessary for the ocean’s ecological balance.

They will no longer see us as prey if we work with them and not against them, such as by fishing in waters where sharks live or disturbing their habitats when scuba diving/swimming.

For your own safety, swim during clear lit hours and avoid going into shark-infested waters if you are bleeding.

Sharks will see you as a threat and attack in such cases.

You should avoid swimming at dawn or dusk or even alone after dark since these are times when sharks like to hunt their prey.

Enjoy your time in Hawaii while being safe and while respecting the ocean’s incredible balance!

Traveling to Hawaii? First… Is It Safe?

How many people die every year from shark attacks?

An average of 20 people die every year per shark attack, and about 75% of those attacks occur in the US.

The other 25% happen in places like Australia and South Africa.

What is the most common breed of shark found in Hawaii?

All these breeds have different characteristics, so you should study them before going swimming.

What's the most dangerous breed of shark?

The Great White and the Tiger Shark are both equally as dangerous, but they tend to avoid human contact if we respect their natural habitat and stop fishing in areas where sharks live.

Are there any other types of sea creatures found in Hawaii besides sharks?

You can find a variety of different breeds, such as whale sharks, orcas, dolphins, starfish, jellyfish, etc.

How many species of sharks inhabit freshwater?

There are 3 species that can survive both saltwater and freshwater: Bull Sharks, River Sharks, and New Guinea Tiger Sharks.

What do sharks eat?

Sharks eat whatever they can find!

In the ocean, food is hard to come by, so they will take whatever opportunity.

They do not go out of their way to specifically look for humans as a food source, but it does happen sometimes.