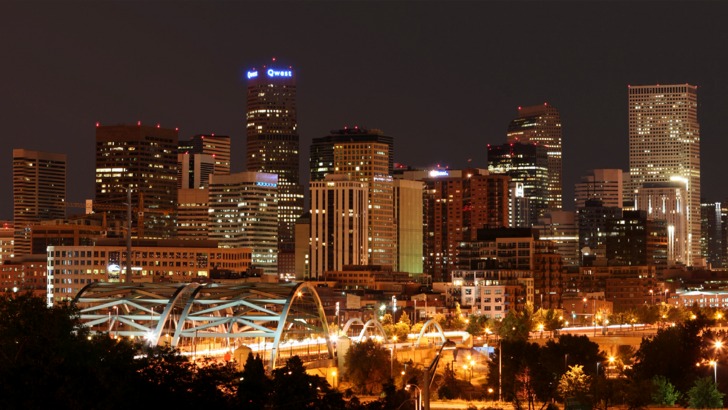 Denver is the capital of Colorado and the largest city in the entire Rocky Mountains region of the United States.

Denver is one of the most progressive cities, as well as one of the best-kept secrets in the United States.

One can visit one of Denver’s amazing neighborhoods, like Park Hill, Capitol Hill, LoDo, or Cherry Creek.

Denver offers all the convenient, modern, and high-end amenities of any big city.

The people living in Denver are obsessed with the outdoor world, and who can blame them?

Colorado offers year-round outdoor excitement, from hiking to running trails to fishing to rafting to skiing, you can find almost any type of outdoor activity you want near Denver.

Denver is mostly safe to visit, but you should use caution when traveling, particularly in downtown and some of the other inner-city neighborhoods.

Taxis and other means of transportation are, overall, very safe to use in Denver, apart from pickpockets and petty thieves in buses, trains, and stations that may try to steal from you while it's crowded.

Pickpocketing and bag snatching does exist, but it's not as common as you would expect, but applying simple precaution measures should minimize this risk. Be especially cautious in the downtown area.

The majority of counties in Colorado are ranked at low or very low risk in terms of natural disasters - Denver being the sixth-ranked on that list. That means that it isn't particularly susceptible to natural disasters.

Denver is relatively safe when it comes to mugging or kidnapping. It rarely happens to tourists, but you should avoid dangerous areas. Stay informed on what parts of Denver to avoid, though the rule of thumb is that the suburb areas are much safer than the center of the city.

Excluding isolated mass shootings, the US hasn't been the target of any terrorist attacks recently, but the attacks shouldn't be ruled out. Be aware of your surroundings at all times.

There will always be people trying to scam you, though this isn't the norm in Denver. Watch out for beggars and homeless people, though in general, they aren't dangerous and won't try to steal or trick you.

So... How Safe Is Denver Really?

Denver is quite safe for a city its size, but there are some areas, like downtown Denver and other inner-city neighborhoods, that should be avoided.

You should treat walking in Denver like you do any other large city — no displays of opulence, be aware of your surroundings, don’t wear anything that obscures your hearing or vision, and don’t go into areas that are isolated alone.

Stick to the well-lit areas and travel in groups if you can.

As for violent crime, you are not likely to be raped or beaten up in Denver in your lifetime.

You’re most likely to have things stolen from you.

The roads in Denver are far more stress-inducing than they have to be and much of that has to do with bad and reckless drivers.

By all means, do refresh your defensive driving skills, and remember that Denver is a large city and you need to know where you’re going, how you’re going to get there, and what you need to do to make the roads safer for you and those around you.

As for critical, neighborhoods, Montbello and a lot of Aurora fall under this category, as does the area from Five Points to West Colfax.

If those areas are taken out of the equation, then Denver is just as safe as Seattle or Minneapolis.

How Does Denver Compare?