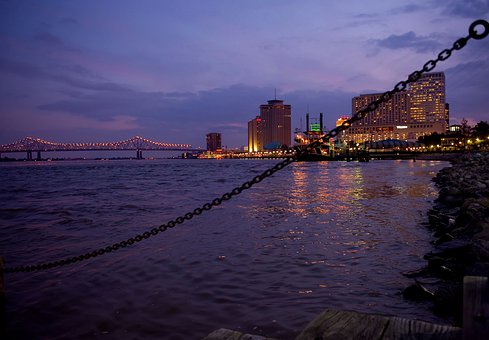 New Orleans has a well-earned reputation for being the party capital of the country, starting with Mardi Gras and festivals for anything you could imagine.

The culture and food are both great draws to the city.

Summers are very hot, and the weather can be extreme with hurricanes.

It also has a slower pace because it is a southern city.

There is a lot to like, and a few things you have to adjust to in New Orleans.

It all depends on how it fits your lifestyle and preferences.

Pros of Living in New Orleans

Mardi Gras is famous around the world, but there are dozens, maybe hundreds of festivals in New Orleans.

People in New Orleans like to socialize and have fun, so it seems there is always a new festival and two more in the works.

Some of them go on for several days or weeks.

Throughout the year, you can find some kind of celebration that will include great food and music every weekend.

The French Quarter is also famous, and it is a festival that never stops or sleeps.

It is in the oldest section of the city and its unique architecture makes the city famous.

The best blues and jazz have been played here for 200 years, and it is not slowing down any time soon.

There are countless bars and music venues, as well as street vendors and performers.

Any kind of fun you can imagine, legal, moral, or not, is readily available here.

It starts with the French Quarter and goes throughout the city.

There are amazing structures like St. Louis Cathedral and the Piazza D’Italia.

Squares of many kinds dot the city.

The city is more than 200 years old, and many influences have affected the city’s appearance over that time.

The graveyards are even a sight to behold.

Modern architecture is also impressive with buildings like the Mercedes-Benz Superdome.

There is some southern charm, and some Cajun attitude, that make New Orleans a friendly and welcoming city.

They like to party, and they will welcome you to the party in most cases.

They welcome tourists gladly, as well as newcomers to the city.

If you move to New Orleans, you will not have much trouble making new acquaintances.

Residents are generally helpful too, as part of their easy-laid-back attitude.

It is kind of counterintuitive, but even with the adult-oriented festivals going on, there is an effort to have events that include the whole family.

There is a lot for kids to do at Mardi Gras, and at most festivals.

The French Quarter is family-friendly during the day with candy shops and restaurants.

There is also a riverwalk that is impressive and fun for the whole family.

True to its southern heritage, New Orleans runs at a slower, more relaxed, pace than much of the country.

People on the street do not worry about walking fast, and people in cars take it easy and do not hit very many.

Driving is also more laid back, but that can be a negative too.

Hanging out with friends in bars, or at music venues, is seen as just as important as work.

There are influences from French, Cajun, Creole, and many other cultures that all come together to make the most incredible food you can find anywhere.

The gulf coast is nearby, so there is always a fresh supply of seafood available.

The tourist sections have great food to offer, but you can find even more authentic food off the beaten path.

You could eat something new every day in New Orleans and it would be years before you repeated anything, and all of it would be the best food you ever had.

Hurricane Katrina devastated the city in 2005 and a lot of people moved away.

This has made the real estate market better for people looking for houses or apartments.

While accommodations are not cheap inside the city, they are still significantly lower than in places like Philadelphia, Baltimore, or Atlanta.

The cost of living is significantly lower than in places like San Francisco, or Boston.

Cons of Living in New Orleans

This alone could drive people away, and some insects stick around the whole year.

There are the usual mosquitos and other flying pests.

Fire ants can bite and seriously hurt you, so you need to learn to spot them.

Roaches and other bugs are also a serious problem.

The Buck Moth Caterpillar can fall from a tree and leave a painful sting.

Brown recluse spiders and other spiders are also around everywhere.

The climate is ideal for insects, so there are more than you would expect.

Summers are very hot and humid, and there are about two months of pleasant weather around January.

There are no seasons.

There can be lots of rain, especially in June and July.

A day of rain in intense heat leaves behind an amazing amount of humidity and you will be very uncomfortable if you do not have air conditioning.

This also leads to a lot of flooding in the central part of the city.

Government statistics show that 23 percent of people in the city live in poverty.

The rate in Louisiana is 17 percent, both far above the national rate of 11 percent.

Interestingly enough though, New Orleans has one of the lowest homeless rates in the nation at 6 per 1,000.

Tourist areas are generally safe, but the city has a reputation for a lot of crime, and the numbers back that up.

Louisiana leads the nation in murders with 10 per 100,000 residents.

Be prepared to pay a lot of taxes if you move to New Orleans.

The sales tax is 9.4 percent and there is a state income tax.

There is also property tax if you own property, as well as vehicle registration fees.

Even so, it is about average for a big American city.

According to CNN Money, New Orleans’ nine percent tax burden is at nine percent, or $6,832 for a family, which is very close to the national average.

It still has the highest total tax burden of any major city in the Southeast except for Atlanta.

New Orleans is still recovering from the devastation Hurricane Katrina left behind.

A lot of jobs, as well as people, were lost, but it is recovering slowly.

The unemployment rate is around 11 percent, more than double the national rate.

Projections for future jobs are not high.

Over the next 10 years, there is expected to be a 25 percent increase in jobs, while the national projection is 33 percent.

Job growth has increased by 7.2 percent over the last 10 years, which is a positive sign, but still lags behind the national average.

It costs a lot to maintain historic buildings, and some of them are deteriorating.

Many streets have potholes or cracks.

Some streets are crumbling, and this can have a big impact on your vehicle.

The city continues to recover from hurricanes, but there is still a lot of flooding due to levee repairs not being done.

Bridges are also wearing out.

Much of the city needs an upgrade.

New Orleans is flat and has some other unique topographical features that make keeping the infrastructure in good shape difficult.

It is surprising that there are no beaches in New Orleans, considering it is on the Gulf of Mexico and is surrounded by water.

You will have to drive at least an hour to get to a good public beach.

The best one is in Biloxi, Miss.

It just feels wrong that being in a hot southern city this close to the ocean still does not have a beach to call its own.

The Mississippi River goes through the city, and it is near a huge lake, which provides some recreation. 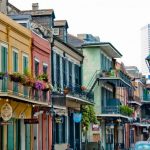 What is unusual about topography in New Orleans?

The city is built between levees along the Mississippi River and Lake Pontchartrain, which creates a bowl-like effect.

That is what made Hurricane Katrina so devastating, and is why flooding is common now.

What is the difference between Creole and Cajun?

Creole has many meanings, but in New Orleans, it meant French, African, and Native American ancestry.

Many of these were children of mistresses and were highly educated and wealthy.

Cajuns were French settlers expelled from Nova Scotia and lived in rural areas around New Orleans.

As far as cuisine, Creole is called “city cooking,” while Cajun is more “country cooking.”

What was the significance of the Battle of New Orleans?

The battle of New Orleans was during the War of 1812 and was the last major armed conflict between the United States and Britain.

The battle took place 15 days after the war officially ended, but the news had not reached there.

It became a symbol of American democracy and the new nation defeating the old European aristocracy.

What cultures are represented in New Orleans?

All of these cultures were there as the city grew and created the unique identity the city has.

Each of those influences can be seen today, as well as the unique blend it has produced.

When was New Orleans founded?

New Orleans was started in 1718 and was under French control at the time.

There had been white settlers there as early as 1542.

New Orleans was under Spanish control for 40 years and returned to France.

The city became part of the United States with the Louisiana purchase in 1803.