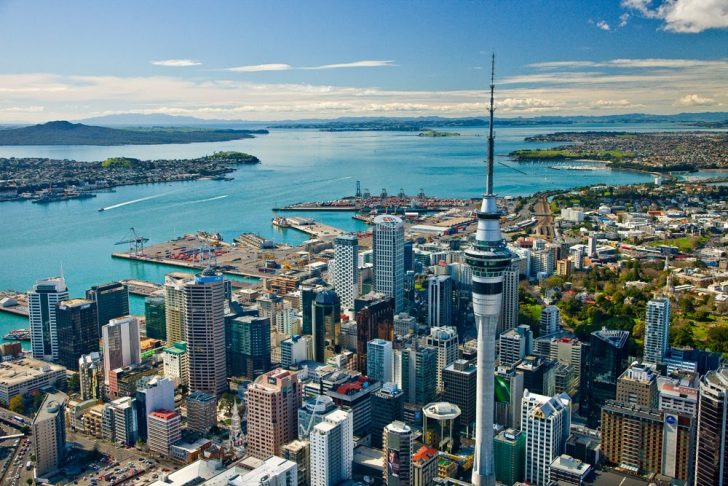 New Zealand - safety as a country

Auckland refers to the largest metropolitan area in both Polynesia and New Zealand.

It has a population of 1.45 million people where almost one-third of New Zealand’s entire population resides.

What attracts tourists is the fact that many suburbs were once separate towns and the city has to offer examples of early European settlement.

Auckland, and New Zealand, in general, have the lowest rate of serious crimes. Violent crimes involving guns are very rare and almost do not exist. Theft and pickpocketing might happen. There is also an increase in the number of thefts from hotel rooms, so it is advisable not to leave valuables there or use a hotel safe if possible.

Transport or taxi risk in New Zealand is very low. You can get around by bus, ferry, train, taxi or shuttle. Auckland taxis are plentiful and taxi drivers always use the meter and are honest. All taxi drivers must be licensed. Public transport is also very reliable and safe.

In Auckland, police tend to decrease the number of pickpockets and they are doing it successfully, but still, you need to be vigilant at places frequently visited by tourists and watch your belongings.

Auckland is prone to strong earthquakes. Volcanoes are an inactive phase and volcanic eruptions may take place frequently. New Zealand’s entire coastline is at risk of a tsunami, so travelers need to follow the weather forecast and be prepared in case any of the hazards happen.

When it comes to kidnapping and mugging risk in Auckland, the chances of being kidnapped are extremely low. Mugging is very rare, but the possibility exists, so you need to remain watchful of any suspicious activity around you. In case you become a victim, do not resist, but give them what they are after, and that is usually money and valuables.

The global risk of terrorist attacks exists and Auckland might be the target, but the possibility is very low. Still, to minimize your risk, you need to follow the advice of local authorities which will inform you what to do in the event of a terrorist attack.

The only frequent scam is lottery winning scam when you receive a letter which says that you won a prize in a lottery and that you need to pay a fee for processing it. Your money is never recovered if they manage to deceive you.

Woman travelers can feel free in Auckland and walk the streets without encountering any trouble. The risk is low, but it is recommended to exercise normal safety precautions and avoid going to dangerous areas especially at night.

So... How Safe Is Auckland Really?

The European settlement of Auckland began in the early 1800s and nowadays it is the largest metropolitan area not only in New Zealand but in the whole Polynesia.

Auckland has activities that may amaze even an experienced traveler, such as hiring a kayak and paddling out to a volcanic island, visiting Waiheke Wine Island or exploring the largest collection of Mãori taonga.

The majority of crimes are crimes of opportunity, like pickpocketing and theft from vehicles.

However, travelers need to be careful in the areas Karangahape Rd where a large number of pubs and clubs are located and Queen Street where an increasing number of homeless people sleep.

How Does Auckland Compare?