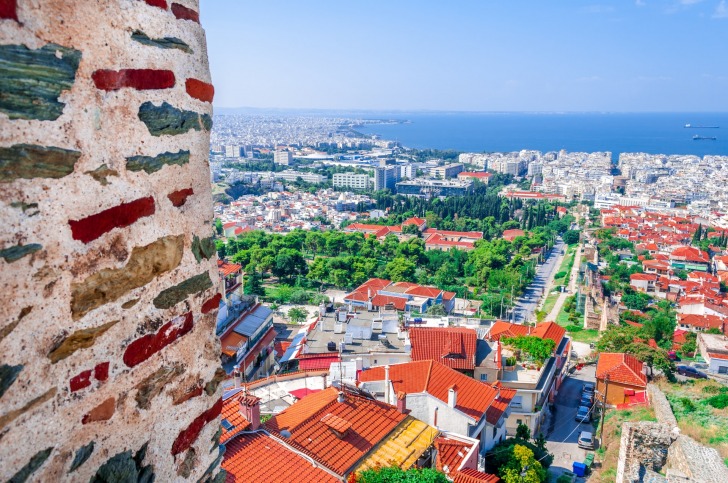 Greece - safety as a country

Thessaloniki is the second-largest city in Greece and the capital of the region of Central Macedonia.

Thessaloniki has been hit hardest by the economic crisis in Greece, because of the de-industrialization that had begun in the 1990s.

In Thessaloniki, almost everything is located centrally, there is a rudimentary city plan and there is always the sea and the hills to help you out when you‘re lost.

Take a walk in the city and you will see two thousand years of continuous history laid in front of you.

Thessaloniki is a much loved and much-sung city in the entire country of Greece.

Thessaloniki is a mostly a safe city to travel to. Tourists are unlikely to experience any crime or violence though it might happen occasionally. The biggest concern is a petty crime on the streets, but if you apply the basic precaution measures, your trip should go smoothly.

Taxis and other means of transportation are, overall, very safe to use in Thessaloniki.

Pickpockets do exist and operate, but it's not as common as you would expect. Pickpockets usually lurk around popular tourist attractions, but applying simple precaution measures should minimize this risk.

Other than the ever-present risk of drowning at sea, there are no other threats in Thessaloniki when it comes to natural disasters.

Thessaloniki is relatively safe when it comes to mugging but you should avoid the west area from the city center, and south of the Railway station, especially at night, as it has become a notorious area of the city.

Even though there haven't been any terrorist attacks in Thessaloniki's recent history, they shouldn't be ruled out.

Since Greece is a top tourist destination, it is no wonder that people will try to scam you in Thessaloniki, especially during summer when the number of tourists increases. Watch out for street vendors trying to rip you off and overcharge for their service.

It is mostly safe for women to travel to Thessaloniki. Just follow common sense and applying basic precaution measures (not walking around in the dark, in empty streets, not finding yourself alone with strange men) should ensure that your travel goes without any incidents.

So... How Safe Is Thessaloniki Really?

Even though like most cities in Greece, Thessaloniki is very safe, there are some dangers and bad neighborhoods to avoid.

Thessaloniki is very welcoming towards its tourists and risks that are listed here are unlikely to happen, and even more so to tourists, but they shouldn’t be ruled out due to the serious economic crisis Greece has been in.

Some of the bad neighborhoods that tourists shouldn’t roam around are the portion of the Center of Thessaloniki from Egnatia Street to Ano Poli (especially near Kamara and Aristotle University due to the crime level), and Western Thessaloniki suburbs like Menemeni, Evosmos, Dendropotamos.

The nearby Lahanokipoi is the area near the bus station which is probably the worst and most dangerous of all.

The area of Sykes is safe but has probably the worst transportation in Thessaloniki, and this goes for suburbs like Sindos – which is mainly an industrial area.

Pickpocketing and bag snatching is a serious issue in Thessaloniki, especially around tourist landmarks and in crowded places, so it would be best to either leave your money at your hotel or just carry it in a very safe place near your body so it couldn’t get snatched.

How Does Thessaloniki Compare?