How Much Does It Cost to Live In Moldova?

Moldova is a country lying in the northeastern corner of the Balkan region of Europe and as such is considered cheaper than the most popular tourist European destinations.

In general, life is affordable in Moldova, and though Chisinau is more expensive than other cities, the difference really isn’t that big.

However, if you want to eat, drink and hang out in fancy places you’ll have to pay European prices, as you would in Paris, Amsterdam, and any other such city.

Moldavians are warm and good hosts, and as a foreigner, they will treat you very well.

Moldova : Cost of Living by City

Moldova is famous for its home-cooked food, but if you want to eat out, there’s an array of restaurants, both expensive and cheap.

As for the cheap ones, you can eat at fast food restaurants for a couple of dollars, or have a decent meal in an inexpensive restaurant for around 6.40$.

Moldova is famous for its organic, full of flavor, and cheap food.

The fresh food is bought not a week in advance but right before cooking dinner, and the groceries are very cheap.

You can also buy fresh products that the farmers are selling all over the country: fresh dairy, fruits, and vegetables.

The dairy especially is insanely delicious.

Moldova in general has somewhat organized public transportation and a bit of underdeveloped infrastructure.

Be careful when entering taxis – they tend to overcharge foreigners (easily up to 10 times) so make sure the charge is settled before the trip.

Utilities are reasonably priced in Moldova.

For an apartment of a larger structure, around 85m2, all basic utilities including electricity, water, gas, heating and cooling, cost around 161.22$.

Internet is very cheap, costing only around 9$, and it works very well.

Even indulging in sports and leisure isn’t too expensive in Moldova!

It costs around 25$ to become a member of a gym or a fitness club which is a very low price when compared to other European countries.

If you want to go to the cinema, the price of your tickets will be reasonable – around 6$ each.

Shopping in Moldova, however, isn’t as cheap as you’d expect.

Though it boasts many shopping centers, think twice before you decide to buy something because it may very well be more expensive than in your own country.

For example, a pair of Levi’s jeans would cost you around 50$, while branded running sneakers would amount up to 85$.

Rent is really not that expensive in Moldova either.

Actually, it depends on where you want to live.

If you’ve got your mind set on a one-bedroom apartment located in the city center of one of the major cities in Moldova, then be prepared to spill out around 301.94$.

If you’re the more modest type and are looking for one in the suburbs, they’re more affordable – only 230.94$.

How Does the Average Person Spend Their Money in Moldova?

The biggest bulk of one’s salary in Moldova gets spent on food – this is the norm in most cities and countries around the world.

Rent does take up a big part of one’s income but it’s not critical – the rent can be much, much higher according to European standards.

Utilities take up around 10% of the salary of an average person in Moldova.

Moldova has exceptionally low standards when it comes to salaries and wages.

Their minimum wage is around only 197.2$ which is barely enough to get you through the day, even with those very low prices they have in Moldova.

The average monthly salary in Moldova is around 417.17$, which can somehow be spread over the course of a month, but is nowhere near enough to live a life without worrying about tomorrow or even your own existence.

If you’re going to Moldova and are thinking of staying for a longer period of time, 700$ a month would be more than enough.

What About Travel Safety in Moldova? 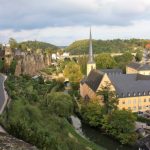 Cost of Living by City in Moldova