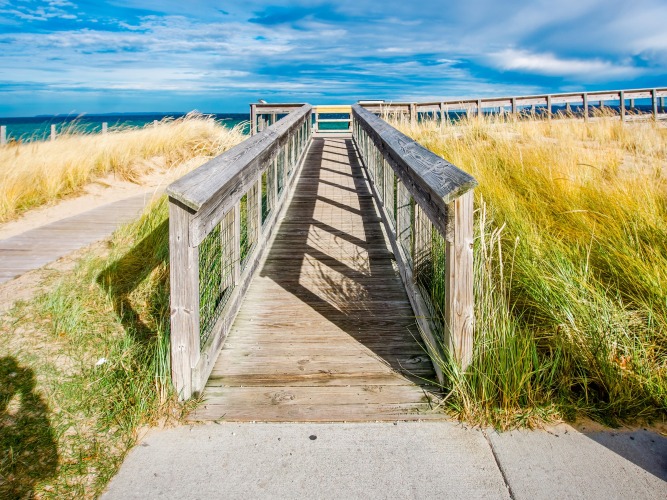 Warren, Michigan, was once a suburb of Detroit but is now a city in its own right, and the third-largest city in Michigan with 140,000 people.

It is near Lake St. Clair, between Lake Huron and Lake Erie of the Great Lakes.

Warren began as a trading post in the early 1800s.

It had several names over the years and became an incorporated city in 1957.

Up to 1970, it was one of the fastest-growing cities in the nation, and since then, has been declining rapidly.

It has a large General Motors operation, as well as military vehicle type operations.

It is home to the Edsel Ford mansion, as well as many other historical sights.

There are many parks and outdoor activities to enjoy.

It has interesting things of its own and is a good launching point for exploring Detroit, or the Great Lakes areas.

It does have a high crime rate but has many safe areas as well.

There is a one in 53 chance of being a crime victim in Warren. It has a crime rate that is 81 percent higher than cities in the state of all sizes. There are some good areas, however, that are safe. There is significant risk in certain areas, so it is important to know where you are. It is not the largest city but has a level of big-city crime.

There is a reliable bus system that is integrated with Detroit, so it is easy to get around the entire metropolitan area. Taxis are licensed and available everywhere. There are very few incidents reported concerning taxis in Warren. Buses are generally safe but can get a little sketchy at night. Avoid taking buses into bad areas of town.

Especially on public transport and in crowded public areas, pickpockets are a problem in Warren and the greater Detroit area. Pickpockets are not as common as they once were, but there are still a large number of people that will try to steal from travelers when they can. It is more likely they will steal something left unattended.

While Warren is near lakes and rivers, there is very little flooding. There are no mountains, so the risk of earthquakes is very small. Snow can get heavy in winter and cause a lot of hazards, but these are also usually predictable. There is very little risk of a natural disaster, but anything can happen.

There is a lot of crime in Warren, especially in certain areas of the city. Avoid those areas. There is also a criminal element in the better areas of the town at night, so you should not be out alone at night. In the bad areas, the risk is very high, and it is medium even in the good areas. General precautions should keep you safe.

A city with a dense population like Warren is an area that terrorists like to target, but so far at least there have not been any incidents. There may be shootings at times in certain areas, and there is gun violence at times. It is a place to remain vigilant about safety, but there has been very little real terrorism here.

There are occasional fake taxis or fake tickets sold on the street, but this is not a huge problem here. Scams are usually online and not limited to a specific area. Crime is more involved in stealing physical property rather than using a scam. Even so, don't agree to go on a tour with anyone on the street.

Women traveling alone should be careful and vigilant. If you stay in tourist areas, you should be safe. There have been a lot of rapes reported, well above the national average in this area. Avoid being alone and don't go anywhere with anyone you do not know or trust. Some areas are not safe at all.

For the most part, tap water is safe, but there have been reports of pollution in the Detroit metropolitan area. In most good hotels and restaurants, the water is fine and there should be no problem. Be careful in general public areas about drinking tap water.

Safest Places to Visit in Warren

The safest places in Warren are the tourist areas and public areas of the city.

The Ford Mansion is a safe place that is interesting to visit, and the area has a lot of older historical homes with interesting architecture.

These are upscale areas with little danger.

The Arctic Ring of Life, and the Red Oaks Nature Center, are natural areas to explore that are also very safe.

The central part of town has the lowest number of crimes reported.

Places to Avoid in Warren

The southeast area is considered the most dangerous part of Warren, with a one in 12 chance of being a crime victim there.

In the northwest, the safest area, that rate is one in 51.

The central part of Warren has the lowest number of crimes, averaging about 200 in a typical year.

That area is heavily residential and an older part of town.

It is the opposite of many cities, where the central part is the worst.

Safety Tips for Traveling to Warren

So... How Safe Is Warren Really?

The crime rate in Warren, MI, is above the state and national averages.

It is not nearly as high as its neighbor, Detroit, which has the second-highest violent crime rate in the nation.

That is still less than half the rate of Detroit.

The crime rate has also fallen steadily in recent years as it has increased in Detroit.

While the crime rate remains relatively high, it seems to be on a downward trend in many areas.

The property crime rate has fallen dramatically in Warren over the last five years, but it is still high.

Petty theft has gone down in recent years, but auto thefts have increased.

Warren is safer than Detroit, and how much that affects safety in Warren is an interesting question that there is no clear answer to.

The overall violent crime rate is not a lot above the state average.

The property crime rate is also close to the state average.

The further west you go towards Detroit, the higher the crime rate is.

The very eastern parts, near the lakes, are much safer.

How Does Warren Compare?