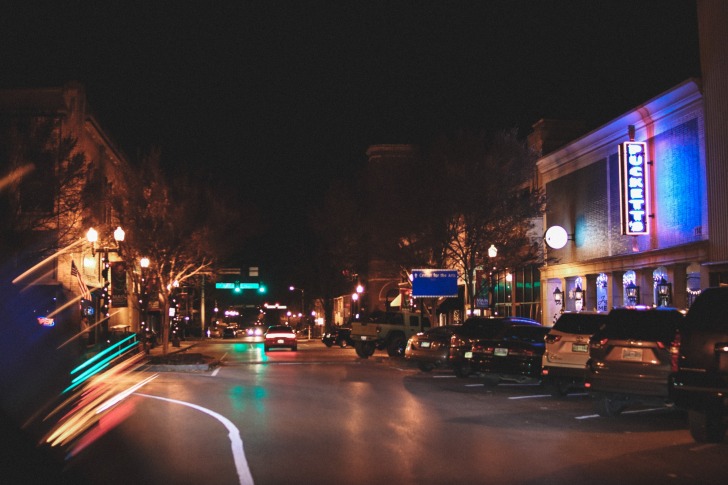 Murfreesboro is a fast-growing center of Rutherford County located directly off of Interstate Highway 24.

Murfreesboro, and the entire region of Tennessee, are known for their rich American Civil War history.

Murfreesboro is home to Stones River National Battlefield and Stones River Cemetery, a final resting place for over 6,000 Union soldiers.

This small city was the original state capital from 1818 to 1826, before Nashville replaced it.

A relatively safe city, Murfreesboro is the largest suburb of Nashville, with a population nearing 175,000, and is the geographic center of Tennessee.

The commute into Nashville averages 30 to 40 minutes.

In addition to being a country music mecca, Nashville offers additional sights, a strong arts community, and world-class healthcare.

The proximity to Nashville is a strong draw for Murfreesboro.

Home to Middle Tennessee University, Murfreesboro is a young and vibrant city with a median age of 29 years and is known for its outdoor activities and beautiful natural setting.

However, there is always some concern for the safety of any growing city.

Murfreesboro has limited rideshare services and several local taxi companies and private transport companies. Before accepting a service, verify your fare, especially on longer rides to the airport or into Nashville. To stay safe, confirm legitimate transportation companies and be aware of the people around you. Best practices include counting the expected amount of a cab fare or bus fare before boarding, preventing a traveler from flashing cash.

Pickpockets usually target wallets, cell phones, and other valuables from people's clothing and bags. In Murfreesboro, robbery and petty theft are considered crimes of opportunity. To minimize chances of being a victim, keep valuables close and do not set purses or backpacks on the backs of chairs.

Murfreesboro sits in the Tennessee Valley. Storms during the spring and summer may have tornados and strong winds. Known Rains and flash floods are common. Keeping up with local weather reports and emergency services is recommended.

A mugging is a theft from a person in public. Murfreesboro rates lower than both Tennessee and the United States in robbery, according to police statistics. The best possible defense to being mugged is to be aware of your surroundings and conceal all valuables.

Terrorists are individuals or groups inspired to act by a specific ideology. These attacks usually target public areas. Following instructions and staying up to date on local news can protect you from danger.

There are few, if any, scams associated with Murfreesboro, Tennessee. The exception would be panhandling, a widespread problem and beggars can be quite aggressive in some areas.

There is a reasonable risk of muggings and theft regardless of gender. The danger in Murfreesboro, specifically to women, is low or equal to most cities.

Safest Places to Visit in Murfreesboro

People who live in Murfreesboro consider the southwest part of the city the safest.

The northeast part of Murfreesboro has fewer reported crime cases – 384 per year.

Murfreesboro is an outdoor enthusiasts’ paradise –the Greenway System, 40 miles of trails, bridges, and boardwalks, provides access to hiking, walking, running, wading, bicycling, skating, nature photography, picnicking, birdwatching, and fishing and is safe with caution during the daylight hours.

The Stones River is accessible for paddlers, and two bark parks allow off-leash exercise for pets.

The Murfreesboro Greenway System connects parks, neighborhoods, and businesses and serves as a conservation corridor.

And for the less active traveler, Murfreesboro boasts an incredible arrangement of historical sites and Civil War memorials.

Settled in 1811, near the end of the American Revolution, this 39 square mile town offers a unique perspective on United States history.

A famous tourist sight, Cannonsburgh Village, is an authentic representation of 100 years of rural Tennessee life circa the 1830s and is open daily.

Middle Tennessee University offers men’s and women’s games as part of the NCAA and East Conference USA if you enjoy sports.

One of the most unique is the Wat Lao Buddhist Temple, a beautiful, active place of education and worship.

Places to Avoid in Murfreesboro

Generally, according to Murfreesboro police crime statistics, downtown Murfreesboro and the east part of the city are the most dangerous, averaging about 1,392 reported crime cases annually.

Murfreesboro 21 parks and designated recreational areas have a higher crime potential due to the nearby transient and low populations.

Based on crimes reported, some neighborhoods and areas of concern include Downtown Murfreesboro, between John R. Rice Boulevard and NW Broad Street, and the communities of Battleground Estates, Ridgefield, Haynes Haven, Greenbriar, and Quail Run.

Other public places in Murfreesboro to avoid or take precautions include Stones Creek.

Safety Tips for Traveling to Murfreesboro

So... How Safe Is Murfreesboro Really?

A crime occurs every 1.5 hours in Murfreesboro.

While specific areas may be more dangerous, overall, crime in Murfreesboro is down approximately 10% year over year.

Be cautious when traveling, including not carrying cash, staying with the group, and being aware of your surroundings.

As with all cities, some areas are at higher crime risk than others.

The chances of becoming a victim in Murfreesboro is 1 in 13 in the central neighborhoods – dropping to 1 in 53 in the city’s southwest areas.

In the outer suburbs, personal crime is rare.

Panhandlers and pickpockets are typical in downtown Murfreesboro especially around The Square – a popular three-block retail and restaurant area around the courthouse.

Property theft, burglary, vandalism, and assault are the most common offenses.

Property crime in Murfreesboro is 15% above the national average.

All tourists should take standard precautionary measures, avoiding dark alleys and people that suddenly approach, just as they would in any city.

How Does Murfreesboro Compare?