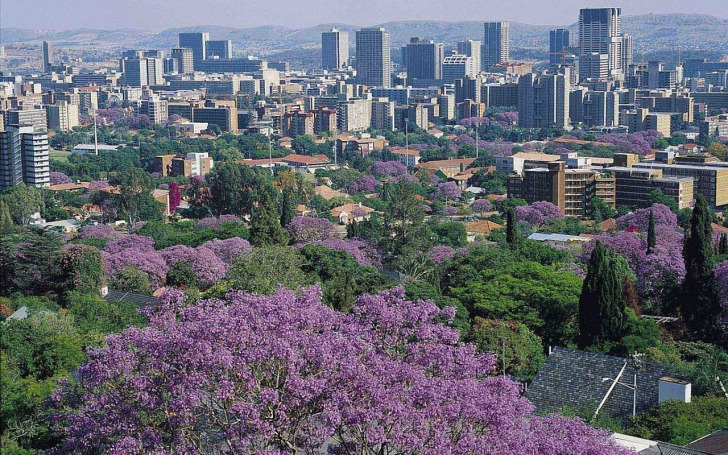 Pretoria is the administrative capital of South Africa.

Mainly, it can be said that it is a country consisting of two countries.

On the one hand, it is, without exaggeration, a first world state, especially the major cities such as Cape Town and Johannesburg, and on the other hand it has a staggering rate of crime, only imaginable in Africa.

It is one of the most unequal countries in the world, where you can see opulence and poverty standing side.

For ane example, life in Pretoria isn’t all that laid back, but it’s a way of life, not stressful.

As amazingly fun and exciting Pretoria might be, you should be aware of the many dangers that await the unsuspecting tourists. This country has extremely high rates of crime. You should be vigilant and take all possible precautions measures.

Public transport in South Africa is where many criminal activities occur. There have also been reports of luggage thefts at the airports. Rails and metro trains are also the locations where assaults and robberies have occurred.

Pickpockets were once a serious problem in this country, but it has been on a decline during the past couple of years. Still, the riskiest locations where you may encounter petty theft are crowded places such as markets, public transport and bus, and train stations.

South Africa is often the victim of many natural disasters such as floods, earthquakes, storms, and wildfires. One of the bigger floods in South Africa occurred in 2011 killing 91 people.

Mugging and robberies are a much bigger issue in this country than petty theft. And though usually, the motive of these incidents is theft, rape is sadly not uncommon at all, so female tourists should be particularly cautious.

Threats are coming from extremists linked to Daesh (formerly referred to as ISIL), as well as threats from individuals inspired by terrorist groups, including Daesh, who might try to carry out so-called ‘lone actor’ attacks targeting public places.

There are a couple of popular scams, one of them involving criminals posing as "tourist police" with a goal to rob visitors. However there's no such thing as "tourist police" in South Africa, so be on the lookout. Then there are so-called "strollers", and they can be anyone from children to junkies. Their only goal is to rob you blind so keep your valuables well hidden.

Though many female travelers went to Pretoria and had no problems at all, this country might not be the safest choice for female solo travelers. Be very careful at night and avoid risky situations such as winding-up in deserted and poorly lit streets or finding yourself in an unknown area with strange people.

So... How Safe Is Pretoria Really?

Life in Pretoria is a rather dangerous city and extreme caution should be advised.

As for crime, there’s a lot of it here.

Since crime is present in all areas, and you’ll see many residential properties that are protected by an electric fence/CCTV cameras/guards.

And though usually, the motive of these crimes is theft, rape also occurs from time to time, which is especially relevant for female visitors.

Having said that; common sense goes a long way.

Being aware of your surroundings and taking reasonable precautions should reduce your chances of becoming another crime statistic.

There have also been reports of food and drink spiking, with victims ending up being assaulted and robbed after the incident.

Traveling by a rented car is also not very safe: there have been tragic instances of foreigners being carjacked and murdered.

Half the people are problematic, and they make life hell on the roads, and they bully each other.

Many people love to prove themselves to their friends by picking on random strangers and smashing them to a pulp.

How Does Pretoria Compare?