How Much Does It Cost to Live In London?

Determining the average cost of living in any city in the world is impossible as labeling a city as a cheap or an expensive is subjective.

However, according to the provided data, London is definitely among the most expensive ones.

If this is your future place of residence, it is advisable to draw a parallel between the average food costs in London and other major cities in UK and then determine whether you will be able to afford living there.

Cost of Living in United Kingdom

As one of the world’s greatest cities, cowered by tourists throughout the whole year, it is normal that the restaurant prices are high.

Do not get surprised with extremely expensive alcohol prices or having to pay more than $20 for a meal in the least expensive restaurant in London.

You will have to provide enough money to pay for food, as it is of the utmost importance for living.

Buying it at the markets or on discounts will match your budget and you will be able to get the fresh domestic products which taste better.

If you choose an apartment out of the city center, it is true that you will save some money on the rent, but on the other hand, you will have to spend a lot on transportation which is not at all inexpensive here.

The monthly pass is almost $200, and this is quite pricey, even though public transport is so efficient and reliable.

It is estimated that the utilities prices are around $200 per month.

However, this is highly dependable on the amount of electricity and water spendings, as well as of the season, meaning that the heating will cause the bills to be higher during winter days.

Considering the high prices of almost everything in London, people would think that entertainment is also too pricey and unaffordable.

However, compared to the average salaries which are pretty high here, it can be said that the fitness clubs and tennis court rent prices are reasonable.

London is a city of fashion, and fantastic designer apparel stores can be found in the major areas of the city.

Due to this prominence, it is expected that the prices are pretty high, which is not the case.

Designer clothing items cost here almost as much as in Brighton and Belfast.

The first and the foremost concern that a newcomer might encounter when arriving in London is renting an apartment and he/she has to know that the rental prices are higher than in all cities in the United Kingdom, being that this is a one of the world’s largest and most expensive cities.

How Does the Average Person Spend Their Money in London?

This is the city where the housing would take you more than 40% of the monthly salary and that is maybe one of the highest percentages devoted to one expense in all of the cities in the world.

It is interesting to mention that the prices between central and peripheral areas in London are almost the same, which is not so common in other world’s major cities.

In general, all the prices in London are higher no matter which category you choose to compare and it should be a choice of those who earn pretty high salaries.

If you prefer eating out than preparing your own food, if you pick restaurants in the city center and choose to live downtown, plus add other unavoidable living expenses such as food, transportation and utilities to this amount of money, then the cost of living in London will be definitely unaffordable.

On the other hand, choosing to live a modest life will give you a great opportunity to experience London and at the same time do not spend a fortune there.

What About Travel Safety in London? 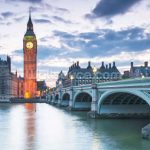 Cost of Living by City in London