How Much Does It Cost to Live In Bologna?

The city of Bologna is not famous for a big city hustle and bustle but it still offers a wide variety of places to go, especially if you are a fan of arts and museums, disco clubs and small bars.

You can live in this city with a budget of around 560$ per month, if you’re smart and careful about your money. If you don’t want to be too careful, 800/900$ is more realistic.

Bologna is also much less expensive when it comes to renting an apartment. Price-wise, it is a bit more expensive in terms of food.

Italy : Cost of Living by City

Cost of Living in Italy

As for going out and eating at restaurants, the amount of money you spend is up to you, a pizza ranges between 3$ and 9$, a beer between 3$ and 6.50$, and dinner at a restaurant between 15$ and 50$. The best advice is to ask locals to find the best places. The food is ridiculously tasty and it would be a shame not to try it: Bologna has, hands down, the best pasta in Italy and ice cream as well.

When it comes to shopping for groceries, you can go by with 220$ a month if you shop carefully, buy more vegetables than meat and avoid the small supermarkets located in the center that are more expensive. If you plan on cooking, take advantage of their pasta, it’s cheap and nutrient. For a (very Italian) reference, let’s say that a kilo of pasta is around 2$ and tomato sauce is 1$ for 700m.

It is best to live at a biking distance from the center of Bologne to avoid the traffic jams and giving too much money. Bikes don’t cost too much and you can find used ones at auctions once a month. If you must use public transport, a monthly ticket for all public transport in town can move within the range of 40$.

Basic monthly utilities (which include electricity, water, garbage, heating and cooling) don’t cost as much as they do in some other countries expensive countries. For an apartment around 85m2, these will cost you 180$ approximately. However, internet here is a bit more expensive, amounting to around 30$ per month.

Having fun and indulging in sports is definitely expensive in Bologne, which is a phenomenon typical for most European countries. A membership at the gym or a fitness club can’t go by without you cashing out around 50$, while movie lovers will also have to pay up – 10$ per person for a cinema ticket.

The biggest multi brand shop in Bologna is Coin in Via Rizzoli, where you can buy clothes, beauty, accessories, kitchen items many other things, but it’s not as big as maybe you would expect. If you want a pair of Levi’s, it will cost you around 80$. Quality sneakers are even more expensive.

How Does the Average Person Spend Their Money in Bologna?

In Bologne, its citizens spend most money on food, in markets and grocery stores – about 170$ a week goes on groceries alone, if you have a family and not living as a student.

Next on the list of biggest expenses in Bologne is rent, as it can be pretty steep in certain areas.
Restaurants and transportation go side by side like in most countries – though if you stick to pizzas and pastas, you won’t pay that much.

Finally, the last on the list are, as per usual, clothing and sports, with sports having a higher percentage than clothing. Seems like fitness membership is very important to a lot of people in Bologne!

Citizens of Bologne have a relatively reasonable minimum wage which allows its citizens to cover their rent and additional expenses without stress.

Their monthly average net salary is around 1500$. This means that, for the most part, people that live in Italy are able to manage their salary in such a way to live comfortably and not worry about making ends meet.

However, rent is still pretty expensive compared to other expenses so, those that are renting will save up much less from their salary, but it could still be considered a high standard of living.

What About Travel Safety in Bologna? 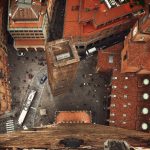 Cost of Living by City in Bologna