How Much Does It Cost to Live In Ireland?

The cost of living in Ireland varies depending on where you live specifically.

It is definitely at its highest in Dublin and lower in other cities and towns in Ireland.

Ireland’s cost of living is likely at its lowest in rural areas that are not holiday destinations.

And even though, generally speaking, we could say that Ireland is expensive, the most expensive thing about this country are the rents, which will eat the large part of your salary.

If you’re planning on moving to Ireland, count in these costs and expenses so they don’t take you by surprise!

Ireland : Cost of Living by City

Well, as we mentioned, the cost of living in Ireland is high, and eating a meal out could cost you 25 to 30$. Nowadays, there are a number of restaurants that now have a 3 course special for 2 people which costs just above 30$. You can get a round of white wine for two and a beer for around 10 dollars a round.

Of course, eating is much much cheaper if you just go to the store, buy some groceries and make the meal yourself. Mostly all of the essential groceries cost around 2$. So, this is an option for everyone on a budget in Ireland, or those who are looking to eat healthy and thrifty.

When it comes to transportation, it is important to underline that in Ireland is much cheaper to purchase bus and train tickets on-line, while buying them at the ticket counters can be much more expensive. A monthly transportation pass is very expensive, costing over 100$.

Utilities, in comparison to all of this, aren’t that expensive. They are, but not through the roof. Counting all the basic bills, for electricity, water, heating and cooling, it should be somewhere around 150$ for an apartment of about 85m2. Internet is expensive as well, amounting up to 60$ a month.

Understandably, in a country like this, sports and leisure are pricey. If you want to go to a fitness club in Ireland and get in shape, you will have to pay around 50$ for a month in a fitness club, or 17$ for an hour of renting a tennis court. If you want to watch a movie here, expect it to cost over 10$.

Going shopping is definitely more expensive here than in many other countries, but you can maybe find a piece of clothing for a smaller amount of money. Usually, jeans of good quality cost around 80$, as do quality sneakers, while lighter pieces of clothing are half this much. But hey, there are always discounts!

Rent is the most expensive aspect of living in Ireland. It is the reason everyone keeps saying that Ireland is expensive. In this country, you cannot find an apartment to rent for less than 1,000$, and that’s if you’re looking for an apartment outside of the city center.

How Does the Average Person Spend Their Money in Ireland?

As mentioned before, the most expensive thing in Ireland, and the aspect that the average person in Ireland spends the most money on, is rent.

It is extremely expensive to rent out an apartment in Ireland, especially in Dublin.

Then there are markets, where people buy their food, so it’s only natural that it’s a huge chunk of their expenses.

Transportation and restaurants are next on the list, since they are also pretty pricey, given the fact that even the inexpensive restaurants don’t serve food for less than 10$.

Salaries in Ireland are extremely high, as is their standard of living – not much worse from the standard of the United Kingdom as a whole.

With a minimum wage reaching almost 2000$, a citizen of Ireland can live in this country and comfortably cover most expenses.

Of course, those renting have a harder time paying the bills and their monthly rent, but it is possible.

The average salary is well above 2000$ so an average citizen of this country should have no problems living and earning here.

What About Travel Safety in Ireland? 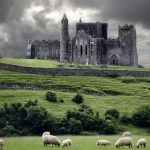 Cost of Living by City in Ireland