How Much Does It Cost to Live In Algiers?

Algiers is the capital city of Algeria and it is the country’s economic and financial center.

This makes it the place which offers many job opportunities and starting living and working in Algiers requires paying much attention to the cost of living and the prices of basic necessities.

The cost of daily life depends a lot on your salary, your family size and the amount of your spending.

The average salary in Algiers might be enough for modest people, while it can be considered low for greater spenders.

Algeria : Cost of Living by City

Cost of Living in Algeria

When we speak about restaurants in Algiers, they can be expensive in those areas that are closer to the city center.

On the other hand, some local restaurant have much lower prices are much cheaper.

The prices of a beer are high as alcohol is not considered appropriate.

Markets are obviously more reasonable than the restaurants and preparing your own food is less expensive.

Food can be bought at the local markets and you need about $100-$150 per month to spend on it.

Meat and milk are very expensive, while bread is relatively cheap.

Public transport in Algiers is very cheap, but at the same time very unreliable.

Taxis are also available throughout the city center and they are cheap.

Trains that go to unsafe areas might be dangerous for foreigners.

The price of gasoline is not so high, so if you possess a car, it can be a good solution on Algiers roads.

When utilities are in question, it can be said that the Internet is not so cheap, in comparison to the mobile phone calls, which are very inexpensive.

The most money must be given on basic utilities such as heating, electricity and water, which are necessary and of utmost importance.

The sport situation at present in Algiers seems to be fine, as more and more people turn to it.

However, not all can afford a fitness club or rent a tennis court.

Those with minimum wages do not consider $14 for an hour of tennis affordable and reasonable.

The prices of cinema tickets are also a bit higher than expected.

Unlike cinemas which are considered expensive, clothing is rather cheaper than in most other countries.

You can find a pair of jeans for $38 and other designer clothes for not so high prices.

Trendy clothes, shoes and accessories are sold at the most attractive prices and can be found in various shopping malls throughout Algiers.

If you decide to live in Algiers, you might need a private rent and the price of it depends on the location and the size of the apartment.

The prices vary from $170 to even $400 for one bedroom apartment in the center.

Those houses and flats that are outside of the city are definitely cheaper than those in the city center.

How Does the Average Person Spend Their Money in Algiers?

People from Algiers spend the most money in markets, buying food and groceries.

They tend to cook rather than eat out in restaurants, thus local markets are frequently visited.

Much money has to be devoted to renting apartment and paying for transportation, as those are necessities that are of crucial importance for everyday life.

However, less money is spent on sports and utilities.

People of Algiers give the least money for clothing, even though it is much cheaper in comparison with some other countries.

It is worth noting that people in Algiers do not have high salaries as the average is only $312 per month, but they manage to pay all the necessary expenses.

Even though the national minimum wage has remained stable during the last few years, Algeria is still among the countries with the lowest salaries.

That is why its capital city Algiers can be a bit expensive for the simple people.

It is interesting that they do not spend much on utilities, even though they have to be paid.

What About Travel Safety in Algiers? 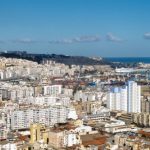