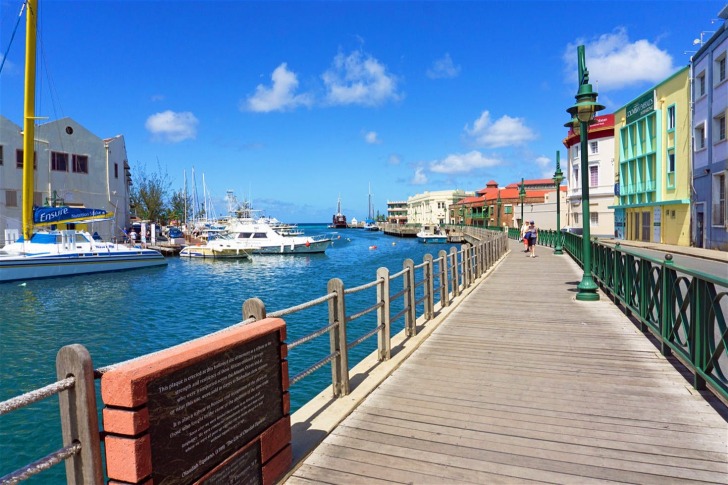 Barbados - safety as a country

Bridgetown is the capital of Barbados.

Bridgetown is the only city in Barbados.

More than half of the inhabitants of the island live in it.

Bridgetown is a port for many cruise liners and is known for its duty-free shops, as well as for its cultural and historical sights.

Travelers can visit here the Barbados Museum – an excellent place to go to catch up on the history of the island.

The exhibits start from the time the coral island first appeared.

Also, worth visit St. Mary’s Church, Careenage – houses restaurants, bars, and boutiques set in what used to be warehouses and stores for ship supplies, Parliament, and many walk streets.

Mostly Bridgetown is safe, but you should pay attention to your surroundings. There are frequent cases of robbery and petty fraud. Keep track of your belongings, leave valuables in the hotel safe, lock your car when you leave.

You can get around by bus in Bridgetown, but this is not considered entirely safe. On buses can operate pickpockets. Taxi is preferable; however, do not take the car from the street and make sure that the taximeter is turned on.

There are frequent cases when thieves grab bags and purses directly from the hands of tourists at intersections and streets. Be careful. You must also be careful in tourist places and where there are a lot of people.

Hurricanes hit Barbados from time to time. Earthquakes can also occur. There is also a risk of a tsunami. Before you travel to Bridgetown, consider the possibility of these natural risks.

Grave armed robberies are rather rare here. However, they occur, and tourists can often become their victims. Criminals demand from tourists to give everything that they have. If you find yourself in such a situation - it is better not to resist and give back what they require. Then contact the police immediately.

Although there is no recent history of terrorism in Barbados, the possibility of attacks cannot be ruled out. Avoid political and religious gatherings. You must be vigilant at this time. Watch your surroundings and do not get involved in drunken and drug fights.

Routine tourist scams are not uncommon in Bridgetown. You should be prepared for the fact that you can be offered souvenirs at an overpriced price or to cheat with the price of a trip in a taxi. Also, be careful when withdrawing money from ATM - use only ATM at banks to avoid fraud with your cards.

In general, women can travel to Bridgetown safely themselves. But at night it is not recommended to walk alone and visit the beaches. It is also not advised to stay up late in bars alone. Be mindful of your surroundings.

So... How Safe Is Bridgetown Really?

We can say that Bridgetown is a reasonably safe city.

The crime rate here is low, and it is quite safe to walk around the city during the day.

At night, it is less safe and better not to move around the city, especially unaccompanied.

Travelers, though, are not usually victims of violent crime and generally enjoy better security than residents.

Most hotels, resorts, and other businesses catering to tourists operate in walled compounds monitored by private security staff.

On the other hand, dense traffic areas frequented by tourists may be attacked by criminals.

It is not uncommon to grab bags and backpacks and pickpockets.

And when crimes against tourists occur, local media often do not report them because of concerns about a possible adverse reaction against the most critical tourism industry.

In Bridgetown, you can be aggressively offered to buy drugs.

Avoid any contact with drug dealers as drugs are illegal in Barbados.

Most roads in Bridgetown are good, but poor quality areas with poor lighting can be found in parts of the city.

Be careful about this.

Also, always park the car in a secure parking lot and lock it.

Do not leave valuables in the car when you leave.

How Does Bridgetown Compare?