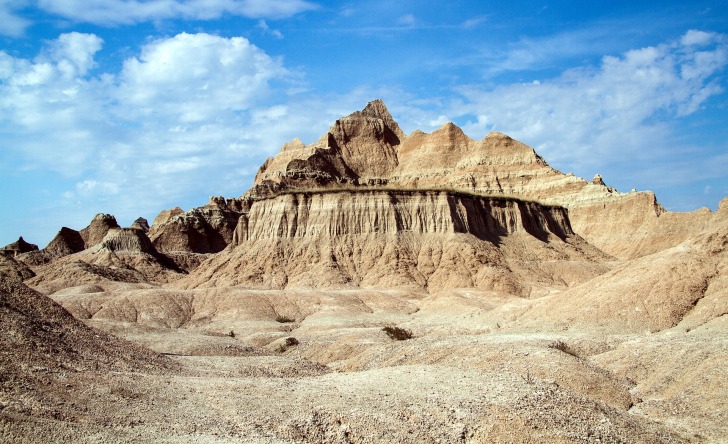 North Dakota is a beautiful state with a large amount of untapped tourism potential, but is it safe?

With an estimated population of 762,062 residents, North Dakota makes up only 2% of the U.S. population.

In addition to the state’s small size, it is not surprising that North Dakota lacks many large or well-known cities.

However, many people find this to be a good thing: North Dakota offers the beauty and serenity of nature without all the noise and chaos brought by larger cities and more populated states.

There are also less obvious reasons for visiting North Dakota, such as the state’s plethora of historical landmarks and sites.

The U.S. government has over 500 historical landmarks in North Dakota alone, including the well-known Lewis and Clark National Historic Trail and the International Peace Garden.

While North Dakota has one of the lowest crime rates in the country, there are still some risks associated with travel. Fishers, hunters, and boaters should remain aware of the potential for bad weather that can result in flooding or dangerous currents. North Dakota is also home to the infamous Bakken Oil Fields. While these oil fields are over 100 miles away from any major cities, individuals should be aware that they are not heavily monitored by police and caution should be taken to avoid the potential for violence and injury while poaching on private land.

The low crime rates and lack of large metropolitan areas in North Dakota make travel by car relatively safe. The only real concern is the threat of bad weather. Weather can harm car travel in North Dakota, especially during spring when rain is common and during fall when snow is common. Taxi services are widely available throughout urban cities, but it is wise to be cautious of the many unlicensed taxis that may still operate in some areas.

Like in many other states, North Dakota is also susceptible to pickpockets during tourist seasons in the few crowded areas here. Individuals should keep their belongings secured while traveling in popular areas. Security personnel will be able to help individuals if any pickpocketing does occur.

North Dakota is not a state that often experiences natural disasters. However, there are some precautions individuals should take to reduce the risk of injury. Since the state is so flat, floods are a common hazard during heavy rainfall or after spring melts. Individuals should avoid camping in low-lying areas and remain aware of weather updates when planning outdoor activities. Hikers should also exercise caution when exploring the numerous caves in North Dakota due to the risk of collapse. Tornadoes sometimes also threaten the state, and everyone should follow weather advisories to avoid any injuries.

As far as violent crime is concerned, North Dakota actually experiences some of the lowest rates in the country. There are only about 1.3 reported cases of violent crime per 1,000 residents. Mugging or purse snatching are rare in the state, but it is still important for individuals to remain aware of their surroundings and exercise caution in high-risk areas at night. The vast majority of crime in North Dakota is property crime. Car theft and burglary are more common than mugging or purse snatching, so individuals should keep their valuables secured while away.

North Dakota is one of the safest states in the country, which makes it low on the list for terrorist activity. Since the state is so sparsely populated, even a major terrorist attack would have little impact on the population. Individuals with concerns about terrorism in North Dakota should not be particularly worried about it.

Like most states, North Dakota does have a few scams that residents and visitors should be aware of. However, they are not common. Tourists should be wary of fake information centers in the state, which have been known to inform individuals of dangerous areas or offer inaccurate maps to visitors. Individuals should practice caution when dealing with unlicensed mechanics.

There are not many reported cases of violence or aggression against women in the state, but it is still important for individuals to remain aware of their surroundings.

North Dakota's Safe Drinking Water Act has given residents access to clean drinking water since 2001. However, there have been several infractions regarding chemical contamination within state borders reported after 2009.

Home to North Dakota State University and located near the headwaters of the Red River, Fargo experiences low crime rates and high levels of education.

The university population contributes to this relatively safe environment.

A small town that has experienced growth recently due to oil production in nearby areas, Hazen currently has a 10% unemployment rate and a lower than average crime rate.

With one of the lowest unemployment rates in North Dakota and a crime rate that is less than half the national average, Jamestown is certainly a safe place to visit.

With a crime rate that is less than half of the national average and an unemployment rate of less than 5%, Williston experiences some of the safest conditions in North Dakota.

This small town offers many opportunities for tourists and visitors and holds great potential for economic development.

Placess to Avoid in North Dakota

North Dakota does have a few unsafe areas that are more likely to cause problems for tourists.

Be careful when traveling through the following locations:

Visitors should avoid downtown Bismarck after dark, as most crime occurs in this area of the city.

The rest of the state is rather safe in terms of violent crime.

As previously mentioned, Jamestown holds some potential for economic development; however, it is important to be aware of your surroundings during your visit there.

Some areas of town hold higher rates of crime than others.

Visitors are advised to take precautions when in this area.

Crime rates for Watford City are high enough to warrant caution while visiting; however, it is important to note that these rates are lower than other cities in the surrounding state (including Bismarck).

The fact that Watford City experiences a lower rate of crime should not be taken lightly and does speak highly about the security conditions there.

Here are some important safety tips that you should keep in mind when planning your trip to North Dakota:

So... How Safe Is North Dakota Really?

The overall risk of crime in North Dakota is low.

The level of crime has increased slightly over the past several years, but this is still a very safe state with an average chance of being involved in a criminal incident.

North Dakota’s violent crime rate is particularly low, which helps make the state one of the safest places to visit.

The state’s violent crime rate is much lower than the national average.

North Dakota does report incidents of rape, but these are slightly below the national average.

Property crimes such as burglary and theft are also low in North Dakota.

North Dakota’s crime rate is lower than 30 of the 50 states.

Homicide and other violent felonies account for just 13% of all offenses.

How Does North Dakota Compare?