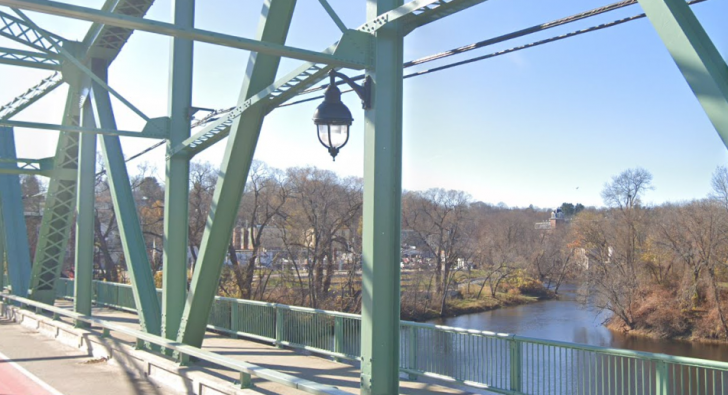 What if you could visit L.A. in Maine?

Well, you can! It’s not the Hollywood version of the namesake, but it is the twin cities of Lewiston and Auburn.

The Androscoggin River splits the cities in south-central Maine.

Lewiston is the second-largest city in the state, with a population of just under 37,000.

Lewiston is the hometown of Dr. McDreamy himself, Patrick Dempsey.

He runs a no-cost cancer center in Lewiston and South Portland and makes public appearances from time to time.

The cities are less than an hour from Portland and the southern Maine beaches while still being in a great position to explore the Maine mountains.

The mountain community of Bethel is just 45 minutes away.

L/A is known for its festivals throughout the year, and you also have abundant outdoor activities with the river being so close and nearby lakes and wilderness.

Both cities are rich with history and modern developments as they work to shed an unattractive image.

Lewiston has long been referred to as “The Dirty Lew,” even though the elements that led to the nickname have changed over the years.

If you ask someone in any other part of Maine this question, they'll tell you the "Dirty Lew" is full of crime and rundown business districts. If you look at the bigger picture of crime in the United States, there's a low risk. Both cities have made vast strides to clean up crime and make entertainment districts more appealing to locals and visitors.

Citylink is the public bus system with fixed routes around Lewiston and Auburn. Taxis and rideshares will be easy to find here. A rental car is best since you can visit nearby wilderness regions.

There's a low risk, with just one pickpocket reported between the two cities in 2021. You're twice as likely to have your car broken into in Lewiston than in Auburn, but locking your doors and rolling up the windows while leaving no personal items inside will greatly reduce that risk.

L/A can get various severe weather events in all seasons. There's the tropical weather risk from June through November. Winter storms are quite common here and can be intense, especially if you aren't used to major winter storms. Summers can bring severe thunderstorms. Flooding is a year-round risk, but especially during the spring during the snow melt, a time of year known as "Mud Season."

This is another low risk, with just one "highway robbery" reported, which is the type of robbery that would impact a tourist on the street.

Another low risk here, as even though it's the second-largest metro area in the state, it's still small by population standards nationwide. There are no attractions or businesses that would be a potential target.

Auburn and Lewiston face a scamming trend like many other American cities. This is when a scammer poses as a police officer and demands payment or threatens arrest. While this mostly targets locals, you should never feel obligated to pay anything under threat or pressure.

In Lewiston, women are 17% more likely than men to be a victim of a violent crime, but just a quarter of violent crime happens to strangers. Auburn is statistically a safer city for women. However, if you follow standard safety protocols, like not walking around at night alone or going to random house parties, you shouldn't face an overwhelming risk.

These sister cities are separate, each with its own water supply. The 2021 Water Quality Reports for both cities show full compliance and no violations. You should use extra caution during flood events to confirm tap water is safe to use.

Safest Places to Visit in Lewiston/Auburn

DiscoverLAMaine.comm is the official tourism site for the twin cities provided by the Chamber of Commerce.

VisitMaine.com also has a L/A section in addition to information about each region of the state.

You can walk between the downtown areas of the two cities.

Museum L-A might be the best place to start your visit to learn about the region and each city.

You can download the museum’s mobile app to review the permanent exhibits and rotating displays.

Grab a walking history map of each city while you’re there to go on self-guided tours of historical buildings and homes.

Museum in the Streets is another walking tour that offers artwork and history along the river.

The historical markers pay tribute to the Franco history of L/A.

The trail ends/begins at the Great Falls of the Androscoggin River, where you can get a sweeping view of the river and its banks with Lewiston in the background.

The falls are most active in spring during snow run-off.

The Androscoggin Riverside Trail is on the other side of the river from the art walk and is more of a nature trail or a great place for a morning run.

The trail starts in Sunnyside Park, which is where you should park to enjoy this trail.

The Basilica of Saints Peter and Paul is another piece of history as a French-speaking Catholic Church and the oldest in the Portland Dioceses.

No matter your religious beliefs, this is yet another treasure of the French immigration to Lewiston and Auburn.

The Franco Center also celebrates the French heritage in the region along the river in Lewiston.

The Throncrag Sanctuary in Lewiston is a 450-acre preserve and includes the city’s highest point (which isn’t very high at 510 feet).

Bird walks are guided seasonally on Wednesday mornings, but you can explore the trails at your leisure and don’t miss the giant stone fireplace, which serves as a gathering space for the bird club.

This sanctuary becomes a perfect place for snowshoeing or cross-country skiing in winter.

Alpine, Nordic and traditional skiing are popular here, along with fat mountain biking, snowboarding, and tubing.

There’s a brewpub on site, too, with an ample menu for all appetites.

The last active Shaker community in the country is less than 30 minutes from L/A.

A museum in this community explains the mission and lifestyle of Shakers, which is a Christian series of beliefs with specific fundamentals that splinter from traditional Christianity.

You can learn about the community at maineshakers.com.

Places to Avoid in Lewiston/Auburn

While neither city is large enough to have dangerous neighborhoods, there is a place just outside downtown Lewiston we need to discuss.

It’s an area known as the “Tree Streets.”

27% of the city’s population lives in this 30-block area, and 40% of those people live in poverty.

The poverty is so overwhelming that it’s designated as an “extreme poverty tract.”

It’s a diverse community with many children, and language barriers exist as the mixed ethnicities vary from French, Portuguese, and Somali.

This community’s old, rundown buildings are also ripe with lead paint, which is highly dangerous to humans – especially children.

If there is one neighborhood to avoid, Tree Street is it, but initiatives are underway to make it safer while offering residents more opportunities for success.

You should review the Lead Paint Resources section of the Lewiston city website to learn more about this community problem.

It could impact a rental home you are considering for your trip.

Safety Tips for Traveling to Lewiston/Auburn

So... How Safe Is Lewiston/Auburn Really?

If you took a snapshot of America and tried to rank these two cities, they would both be very low on the list.

However, Maine is such a safe state that any increased crime region is judged on top of Lewiston’s already negative reputation in some other parts of the state.

Between the two, Auburn is the safer city statistically, but it also doesn’t have as robust of a downtown area as Lewiston.

However, the two are close in proximity and in “which is best” that it’s almost a tie.

They each have the same number of hotels near the river too.

Here are some statistics in the top categories for visitors:

The main benefit of this region, if you’re just researching Maine cities, is that you can go to any part of Maine from this central location.

It’s a community working to reinvigorate itself.

Don’t believe all the social media slander, but you now have the tools to research the safety aspects and the benefits provided in the communities.

How Does Lewiston/Auburn Compare?