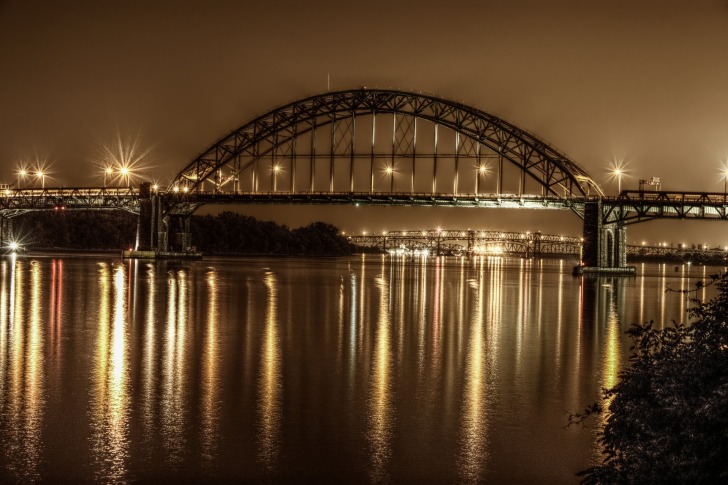 Delaware is the smallest and least populated state in America.

It was also the first state!

Delaware has the fewest number of counties than any other state.

It is also referred to as the “blue hen state” since the state bird is in the blue hen.

Tourism is a primary business in Delaware.

With the Dover International Speedway and the area’s various beaches, many tourists flock to Delaware all year round.

According to Crimegrade.org, Delaware was given a grade of C+. The rate of C+ is comparable to that of other states. Crimegrade.org also states that a crime occurs every fifteen minutes in Delaware! Overall, Delaware is a relatively safe area to travel to.

The Delaware state police compile a list of data every year based on the kinds of accidents that cause death or injuries. Last year Delaware experienced 7,254 injuries due to traffic accidents. In addition to that astronomical number, 117 people died as a result of a car accident. Distraction, following too closely, and driving under the influence of alcohol were some of the leading causes of Delaware's transportation incidents.

Pickpocketing is a form of robbery in which someone steals a wallet or other valuables from a person's pocket or purse without them noticing. Pickpocketing is not a massive issue in Delaware's cities. Pickpocketing tends to occur in more populated areas like New York City and Chicago.

Since 1851 Delaware has seen only two hurricane-force style windstorms. Tropical storms are common to Delaware during hurricane season, though. Side effects of a tropical storm in Delaware include coastal storm surge, excessive rainfall, and rip currents.

Neighborhoodscout.com states that the chances of becoming a victim of a violent crime in Delaware are 1 out of 232. Robbery makes up a decent portion of Delaware's violent crime statistics. To protect yourself from mugging, you must be aware of your surroundings at all times. Keep your things close to you at all times.

Delaware is no more at risk for terrorism than any other state in the U.S. Delaware is about a day's driving distance from Washington D.C. Due to Delaware's proximity to the nation's capital, Delaware's terrorism risk may increase by a minuscule amount.

In 2020 there were almost 5000 reports of identity theft in Delaware. Attorney-General Kathy Jennings has stated that some ways to deal with identity scams are to make sure you are only dealing with legitimate vendors, shred old documents before tossing them, and often check your credit report. Online shopping scams were the second most common form of scams in Delaware.

Women are no more at risk than if they were to visit any other state. Women traveling alone are a target for criminals. Make sure you reach your destination during the daylight hours. Consider staying in a hotel with a 24-hour front desk staff as opposed to staying in an Airbnb. If you ever enter an elevator with a stranger, have them press their floor first. If they press the same floor as you travel to the floor above just in case, then come back down.

A 2020 water quality report stated that with a regular sampling and testing program, Delaware's water supply exceeds the quality asked for by the state. The Delaware Division of Public Health Office of Drinking Water and the EPA agrees with the findings in the report. There are zero violations in Delaware on the safe water drinking act.

Safest Places to Visit in Delaware

Newark, Delaware, wins the title of the safest city in Delaware.

Newark scored higher than all the other cities in Delaware.

Violent crime in Newark is five times lower than it is in Wilmington, another city in Delaware.

Newark, Delaware, is one of the safest places to live.

While visiting Newark, Delaware, some things to do are to visit its various parks and go see the Hagley Museum and Library.

This museum has access to the Eleutherian Mills Residence tour and the E.l du Pont Garden Tour.

There are also various exhibits and demos at the museum.

Places to Avoid in Delaware

Wilmington is one of the places that you should avoid while in Delaware.

Wilmington is consistently listed on lists of the most dangerous cities in the United States.

Even if you visit the more upscale area, you are still susceptible to property time.

It would be best if you stay aware of your surroundings at all times.

Laurel is another city in Delaware that should be avoided due to the higher than average crime rate.

Laurel is the number one city in Delaware for burglaries.

This city ranks second for a violent crime even though Lauren seems like a quaint small town.

Dover has been the state’s capital and the fifth most dangerous city for a long time.

The city has since been upgraded to the number three most dangerous city.

Arson crimes occurred in Dover more often than in any other city.

Dover is also home to the Dover International Speedway.

This location is a hub for the crime.

There are many robberies and assaults at these events.

Safety Tips for Traveling to Delaware

So... How Safe Is Delaware Really?

Delaware has worked hard to make sure the residents and visitors are safe.

It has reached 70% of the people being vaccinated against the deadly COVID-19.

The state is reminding everyone to take the proper precautions and if you feel you are sick stay home.

Many residents have a fear for their safety as the pandemic continues and this has caused more to purchase weapons for their protection.

The crime stats are based on percentages and with Delaware’s smaller landmass to people it would seem to have a high percentage of crimes compared to states with a larger landmass.

This has been found to be over-exaggerated to influence political offices to advance funding toward the proper organizations that help communities.

Keeping the tourism business in mind, the Delaware statistics are that 9 million visited the state in 2016.

This generated more than $504 million in tax revenue, making the tourism business the fourth-biggest private industry.

How Does Delaware Compare?