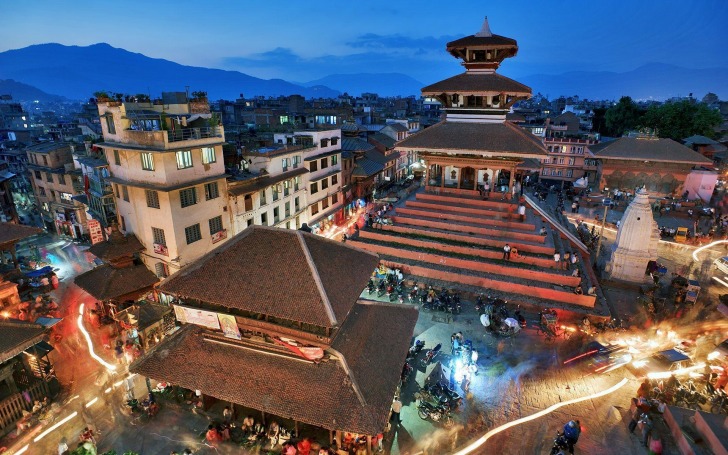 Nepal - safety as a country

Kathmandu is the largest city and capital of Nepal.

People from all over Nepal migrate to Kathmandu in search of jobs, education, health, etc.

However, though people might argue that Kathmandu is an ideal place to live in Nepal, the majority would instantly say no because of prevailing exhaustive pollution.

However there are changes taking place and the government has improved its work and hopefully, this city will regain its beauty.

Kathmandu is a relatively safe city to travel to. Though its crime rates are not very high and it's filled with friendly people, its greatest dangers lie in nature, so be very cautious when exploring this country.

Transport is somewhat risky in Kathmandu. Be sure to check on current road conditions before leaving Kathmandu. As of April 2010, long-haul bus trips through the Eastern Terai should be avoided due to the risk of Maoist activity in this area.

Pickpockets and bag snatching is a very common issue in Kathmandu. Keep your belongings by your side at all times and try to leave all your valuables in a security deposit box of your hotel.

When it comes to natural disasters, Kathmandu is susceptible to an entire range of them, such as floods, landslides, fires, epidemic, earthquakes, avalanches, windstorms and droughts.

There are some areas where cases of mugging have been reported, though violent crime rates are low and foreigners are rarely targeted.

Although Kathmandu has experienced no significant terrorist attacks, it has an open border with India and weak border controls which makes way for the concerns that international terrorist groups could reside in Nepal and use it as a transit state.

As in any country, there is the risk of getting scammed. You can get overcharged by everyone: street vendors, taxi and bus drivers, and accommodation owners. Double-check every information and payor negotiate everything in advance.

Kathmandu is mostly safe for solo female travelers, though some Nepali men often have strange ideas about the morality of Western women, due to seeing them a certain way in movies and TV shows. Follow basic common sense and avoid walking alone at night and in poorly lit and secluded areas.

So... How Safe Is Kathmandu Really?

Generally, Kathmandu is safe to visit, and it’s known for extremely friendly people and hospitality towards tourists and visitors.

It is no stranger to tourists, is extremely friendly to visitors, and is very well organized for traveling around.

Its crime rates are low, though you should still exercise caution.

It does have its share of petty crimes, but it is by no stretch a dangerous place in any part of the city.

Bear in mind that pickpockets and bag snatchers operate in crowded places such as bus or train stations and airports, as well as tourist landmarks.

Generally traveling to the hills and mountains near Kathmandu by bus or air is immensely more dangerous than normal travel anywhere in Western Europe or the U.S., and here’s why: Lukla, which is the entry point for the Mount Everest trek, is at the same time a place where the most dangerous airport in the world is located, due to its jaw-dropping cliff-top location.

Be very careful when considering ways to approach these locations and generally trekking activities.

There is one little district called Thamel where all the nightlife is, apart from the casino at the Radisson hotel.

In Thamel, just make sure you’re sober and you will be fine.

How Does Kathmandu Compare?