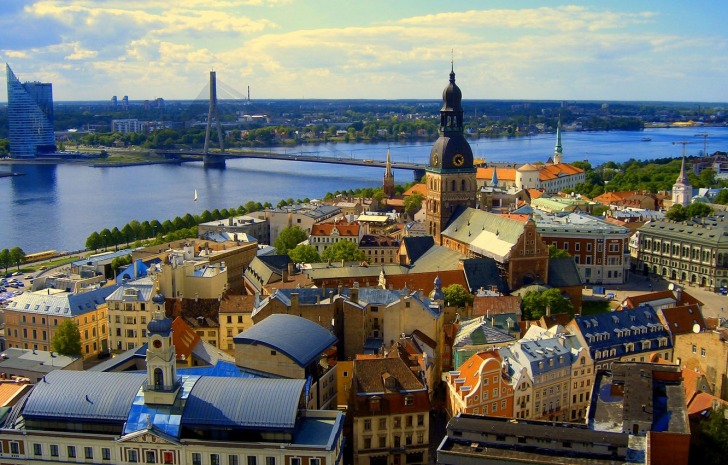 Latvia - safety as a country

Riga is the capital city of Latvia.

Riga is the business hub and is among the most promising and architecturally beautiful locations in the Baltic region.

Speaking of architecture, there are 700 houses in the Art Nouveau and Art Deco styles.

With great infrastructure, connectivity, port, and ease of business, it is becoming one of the most influential business cities in Eastern Europe.

There is great opportunity for growth and a prosperous business in many sectors.

Life in Riga is dynamic, exciting and satisfying and its people normally work throughout the week and on weekends go to visit the Latvian countryside.

Riga is overall safe to travel to, the crime rates are relatively low, and even pickpockets are not that common. However, it is advised that you remain vigilant at all times, especially on the streets.

As in other Baltic cities, traffic is not very safe in Riga. It is filled with reckless drivers and even crossing the street is dangerous. Be very careful when included in Latvia's traffic.

Pickpockets exist in Riga but it is not too big of an issue. There are specific areas to watch out for such as Vecriga (Riga's Old Town), Dzelzcela Stacija (central train station), the Autoosta (central bus station) and Centraltirgus (central market) notorious for pickpockets. Be careful and keep your valuables close by your side.

As for natural disasters, there are no greater risks, like volcanoes, earthquakes or tornadoes. You can relax completely.

It is not likely you will get mugged or kidnapped in Riga. Still, don't let your guard down and stay away from dark and deserted areas of bigger cities.

There haven't been any terrorist attacks in Riga's recent history, but they shouldn't be ruled out, so be aware of your surroundings at all times.

There are several scams performed in Riga, and they are mostly connected to bars and pubs. People lured into a pub or a bar by a pretty lady are mostly ridiculously overcharged. This happens in shady pubs such as Kapsula, Babylon and Sonali Pub to name a few. Never accept drinks from strange people or leave your drink unattended.

Overall, Riga is very safe for women traveling solo. Just use your common sense and have your wits with you. Avoid poorly lit and deserted areas at night and finding yourself in places filled with drunken people.

So... How Safe Is Riga Really?

Riga is generally safe to travel to, and petty crime is relatively low although it exists.

Pickpocketing is mostly common around crowded areas and some of the most notorious locations for this crime are Vecriga (Riga’s Old Town), Dzelzcela Stacija (central train station), the Autoosta (central bus station) and Centraltirgus (central market).

Being foreign, you will, of course, attract the attention of pickpockets, if you are carelessly showing off expensive stuff in touristy areas, but even that is a lower threat than in other popular tourist destinations worldwide.

Just be sensible, look after your purse/wallet and you’ll be fine.

Another issue to bear in mind is that bicycle theft is also common so make sure to lock your bicycle before walking away, even if it’s the smallest distance from your vehicle.

In general, violent crime is extremely rare, and you are very unlikely to be in any kind of danger unless you get drunk and go out looking for trouble.

Like other major Baltic cities, bear in mind that traffic isn’t the safest.

Riga is filled with reckless drivers and some roads are very unsafe.

As for terrorist and political-related risks, Riga is very safe.

There hasn’t been a single major terrorist incident ever since independence, no noticeable gang activity, nobody carrying guns.

How Does Riga Compare?