How Much Does It Cost to Live In Lahore?

Lahore is a city in the Pakistani province of Punjab.

It is the country’s second-most populous city after Karachi, and one of Pakistan‘s wealthiest cities.

More or less all the places in Lahore are similar when it comes to living in them, and apart from some newly built housing societies that have a hint of modern era, most of the areas of Lahore have the same educational, medical and food facilities.

How much you spend here depends on which part of Lahore you live in, and what sort of lifestyle you can afford.

Pakistan : Cost of Living by City

Cost of Living in Pakistan

Restaurants are not expensive in Lahore, and though eating out will cost you more than cooking, it’s still pretty cheap. Still, if you’re coming from any of the more developed countries, you won’t find restaurants expensive at all. A meal at an inexpensive restaurant will cost you less than 2$, while a dinner for two at a mid-range restaurant costs around 10$. A pint of domestic beer will cost you 3$.

Usually, expats who live in Pakistan long term get bored with local food, but in Lahore you can find imported food items in many places, though count that this will definitely increase your food bills to around 300$ a month. The prices in Lahore vary from sector to sector, as in F sectors have higher food prices, while in G sector prices are low.

Public transportation in Lahore is nonexistent (with the exception of few parts of the city where Metro Bus functions), the use of taxi is the only way to go about anywhere in Lahore, though it’s a more expensive option. Travel in private transporters vans is not recommended though they are cheap. If you use your own car, fuel will cost you around 100$ a month, including oil and regular maintenance cost.

The cost of bills for utilities depends greatly on the season: during winter they cost around 30$, while during summers they can go up to 200$ if you’re not careful with your AC! Generally speaking, for an apartment of about 85m2, all basic utilities like electricity, gas and garbage services cost around 75$ a month, which is more than anywhere else in Pakistan.

The cost of enjoying sports and fitness activities is definitely high for someone living and working in Lahore long term – not as much for those who are only tourists coming from the western countries. If you want to become a member of a gym or a fitness club, it costs around 21$ (more expensive than the country’s average), while cinema tickets are relatively cheap – again, mostly for tourists – 5$ per ticket.

There are many shopping centers in Lahore, and the prices of clothes are significantly lower than you’ll stumble upon in Europe or the US. For quality jeans like Levi’s, you’ll pay only about 18$, while summer dresses and shirts in chain stores like Zara or Mango cost more, around 25$. Running sneakers cost around 48$ a pair.

With the economy growing and more places like Barhia Town being built and added onto the general constitution of Pakistan, the rent is only going to go up, especially in major cities like Lahore. The closer to the center you get, the higher the price. You can get a nice one-bedroom apartment in the city center for around 130$. It can be much cheaper if you opt to live below average or further from the city.

How Does the Average Person Spend Their Money in Lahore?

With rent prices being fairly low, food is definitely the first on the list of things an average person living in Lahore spends in this country – as much as 35% gets spent on food.

The next expense is rent, but given than only 15% of an average paycheck gets spent on rent, it testifies to the fact that rent isn’t expensive.

Restaurants and transportation are another significant factor for the wallet, while utilities draw less money than sports in Lahore according to these percentages.

The average salary is very low in Lahore, like everywhere in Pakistan, considering the prices.

Although most things in this country are exceptionally cheap, a minimum wage of only 108$ cannot begin to cover everything.

Though the average salary is three times the amount, it is still very difficult for people living in Lahore to pay for their expenses (especially if they’re renting) and not have to worry about tomorrow.

What About Travel Safety in Lahore? 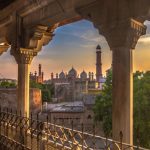 Cost of Living by City in Lahore