How Much Does It Cost to Live In Indonesia?

The cost of living in Indonesia depends on what particular part of Indonesia you plan on visiting, and whether you’re going to rural or urban areas.

But if we must speak generally, Indonesia is known as a country with a low cost of living compared to many Western or European countries.

For example, if you’re a tourist from the Western world and you have money saved up from living and working back home, you will be pleasantly surprised by Indonesia.

Indonesia has one of the lowest costs of living in all of southeast Asia, but it does have some of the most expensive hotels worldwide, so if you’re planning on a luxurious vacation, it can be pricey.

Indonesia : Cost of Living by City

As with anywhere else in the world, it is definitely cheaper to eat street food than to go out to restaurants.

However, in Indonesia, even restaurants shouldn’t be a huge luxury for tourists.

They are usually affordable, though if you’re looking to keep your cost of living in Indonesia down, stick to the restaurants where locals go.

As logic would have it, eating in your own kitchen is always cheaper than eating outside, and many people prefer this option when on vacation.

So for those people, markets are a valid option, and a much cheaper one, at that.

Markets in Indonesia offer a very affordable array of products, fruit, and vegetables.

Another great thing about cheap living in Indonesia is that transportation is also affordable.

You can opt for a scooter and pay just a few dollars daily, and many foreigners take advantage of this.

When it comes to renting vehicles, the best advice for tourists is to make friends with the locals and let them take you to a rental shop outside of the main tourist areas.

Utilities, for an apartment of standard size (of about 85m2), are just above 110$, including electricity, heating, cooling, and water.

Cell phone services are considerably lower than in most countries, while high-speed internet can get a bit pricey, varying along the lines of 30$ per month.

As expected, you will have to cash out a bit more money if you want to indulge in sports and fitness activities and pass your time this way.

However, in Indonesia, these are reasonable prices, and most tourists interested in sports will be able to pay for fitness centers that cost about 27$ a month.

However, tennis is expensive everywhere, so renting a tennis court for an hour costs around 8$ in Indonesia.

Other ways of pastime, like going to a cinema are mostly affordable, too.

When it comes to clothing and shoes, this is something that isn’t quite necessary for any tourist, but if you happen to want to go shopping, Indonesia really is a country to do this.

You can find quality jeans like Levi’s for under 50$, dresses and shirts for just 27.74$, while quality shoes and sneakers cost just above 70.03$.

Like in most countries, living and renting apartments, studios or houses depends on the neighborhood and the type of living facility you’re renting.

You can expect an apartment for one or two people in the city center to cost up to 279.43$, while apartments for larger families can cost twice as much and more, depending on the area where you’re renting.

How Does the Average Person Spend Their Money in Indonesia?

Taking into consideration the statistics provided, it can be said that people in Indonesia spend most of their money in supermarkets and markets, buying food and necessities.

They also spend a lot of money covering their taxes, rent expenses, and utilities, which is normal, considering that these are things that need to be paid.

In Indonesia, people also spend a lot of money on transportation and considering the fact that cities in Indonesia are extremely large and spacious, this is also to be expected.

Apart from going to restaurants, it seems that people in Indonesia practice sports and leisure and enjoy this more than spending their money on clothing and shoes.

Unfortunately, Indonesia is in 78th place on the national minimum wage ranking, which means it is ranked very low, among the countries with the lowest minimum salary.

The minimum wage in Indonesia is 188.4 $ which is very low and cannot cover the basic monthly expenses.

If you’re planning on living modestly in Indonesia, you will need somewhere around 500$ per month, if you’re living in the city.

However, people living in villages are used to a more modest life and spend less money.

The average salary in Indonesia is around 344.50$, which is also not enough to cover all your expenses if you want to afford most things necessary for a living.

What About Travel Safety in Indonesia? 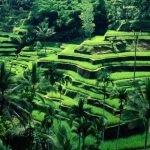 Cost of Living by City in Indonesia