How Much Does It Cost to Live In Seoul?

Seoul is the capital of South Korea and with a municipal population of over 11.8 million, Seoul is, hands down, South Korea’s largest city and one of East Asia’s financial and cultural centers.

Seoul has nearly anything you could imagine, but it’s also incredibly large, and travelling can be tiresome.

Seoul is so unique that it’s fantastic for some people, and not so great for others.

As for the cost of living, Seoul has been particularly expensive during the recent years due to high real estate values but that situation has recently calmed down.

Cost of Living in South Korea

Seoul has plenty of budget places to eat, as long as you eat Korean food. Everything from junk food and noodles to street stall food and lots of 24 hr Korean fast food restaurants can keep you full for only a couple of dollars. Also open late into the night are Korean BBQ restaurants, which are everywhere in Seoul. These can be very cheap and are usually of good quality.

One thing about South Korean markets is that foreign food is often imported and costs more. However, in their supermarkets you’ll find plenty of healthy food. Namely, Korean meals almost always have a healthy dose of herbs, veggies and grains. Groceries can be a bit more expensive than in the US, but still cheaper than in Japan.

Seoul’s public transport is truly world class. It is, actually, a world-leading public transport. The subway, buses, taxis and trains are very cheap (the usual subway/bus ride is about 1$). Further, they run from 5 am until 11pm-1am. Buses are fast and efficient and the subways are fantastic and cheap, too.

Utilities are definitely expensive in South Korea’s capital. If you’re living in an apartment that is on a larger side, like 85m2, you will be expected to pay somewhere around 170$ a month. Internet and phone plan prices in South Korea vary greatly depending on what you are expecting. The internet can cost as low as 20$ a month (100mbps) and as high as 50$ (1gbps).

Seoul is perfect for outside activities. Koreans walk a lot and climb mountains a lot. Outdoor parks and recreation areas are abundant and the city is great for walking, skating, or biking and provides a great alternative to exercising in a gym or a fitness club. However, if that’s exactly what you want, than prepare to cash out over 60$ for a monthly gym membership.

Shopping in Seoul is great, with both traditional markets and massive department stores coexisting. Here you’ll find Myeongdong, an large upscale shopping district and one of the top ten most expensive shopping districts in the world by rent. There’s also a very efficient online shopping system here. Here, you can find quality jeans like Levi’s that cost less than 60$

One might argue that rent is definitely expensive here, especially if you’d like to rent somewhere in the city center, but the truth is that the standard of living is so high in Seoul that people can afford this. It might be cheaper to look at the apartments outside of the city center, where you would pay less than 450$ for a one-bedroom apartment.

How Does the Average Person Spend Their Money in Seoul?

The peculiar thing about Seoul, when it comes to spending money, is that one of the highest percentages of money spent on food is precisely in this city.

As much as 44.6% of one’s entire income gets spent on food – that’s almost half one’s salary!

Rent is, however, the next on the list of expenses, and it’s no wonder since they are really high for the general standard of the country.

Transportation is somewhat pricey which makes it third on the list of most common expenses in Seoul – but unlike in many, many world countries – at least it’s worth the price!

Seoul is world-known and well-established capital in a country of an exceptionally high standard.

Apart from offering very high salaries and even minimum wages, it’s also the city of many career opportunities, offering jobs with good perspectives.

A minimum wage in South Korea is as high as 1550$ and that is very high compared to most wealthy capitals.

Average monthly net salary is a whopping 2400$, so those who earn that much money can afford everything from basics, to traveling, vacations and have a little left on the side to save up.

What About Travel Safety in Seoul? 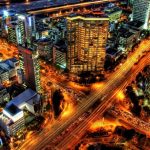