How Much Does It Cost to Live In Saudi Arabia?

Saudi Arabia is a Middle Eastern country that occupies most of the Arabian peninsula.

It’s a very important country for all Muslims since it’s the home to the holy Muslim cities of Mecca and Medina, to which all physically and financially able Muslims are required to visit.

Prices are generally relatively cheap: count on spending around 50$ a day if you’re in a splurging mood.

Fast food is a huge business in Saudi Arabia, so you can expect all the usual chain restaurants like McDonalds, Burger King, Pizza Hut, Subway and a few chains that you’ll rarely see outside of America like Hardee’s/Carl’s Jr. or Little Caesars. Even cheaper than that are the curry shops run by Saudi Arabia’s large Indian/Pakistani/Bangladeshi communities, where you can eat for low as 1.30$. Food here is low in cost and high in quality.

If you cook by yourself you’ll save up a whole lot of money. Here you can find huge chains of supermarkets where you’ll find whatever you need. What’s interesting for foreigners are the locally grown high-quality dates that can be a bit expensive. Everything else is pretty cheap. There are well maintained air-conditioned malls and grocery stores scattered throughout the country.

Transportation cost depends on whether you own a car or not. If you do – then you need to spend only on oil and it’s very cheap in Saudi Arabia. As for public transport – within cities, taxis are the only practical means of transportation, and they’re mostly cheap while in some cities you’ll often have to haggle the price in advance.

Utilities are rather cheap in Saudi Arabia, like most things – in fact, they’re cheaper than in most countries around the world. The utilities there amount up to only around 70$ for a month for basic ones like electricity, water, cooling, heating and garbage services in an apartment of 85m2. Internet however, is pretty expensive compared to this and especially compared to many other countries.

Entertainment in Saudi Arabia is limited at best, and when present is often family-oriented. This applies to cinemas and theaters too, while gyms and fitness clubs are segregated by gender. On top of this, cost of staying active in Saudi Arabia is through the roof! A month of going to the gym or a being a member of a fitness club will cost you a whopping 83$ – that’s more than in most countries around the world.

Clothes of famous brands usually have the same prices as in Europe which are generally higher than in the US. For example, Levi’s jeans cost about 50$. You can buy simpler pieces of clothing like shirts or summer dresses in mass chain stores for prices of around 50$ too. Quality sneakers are more expensive, standing at around 85$.

How Does the Average Person Spend Their Money in Saudi Arabia?

As expected, the biggest chunk of the paycheck of Saudi Arabia’s citizens gets spent on food, which takes up well over 300% of one’s whole paycheck.

This doesn’t mean that food is expensive, but that everything else is extremely cheap.

The next huge expense is rent, since the standard is high in this country. However, though it’s one of the biggest expenses, rent really isn’t that big of a financial burden.

What is shockingly high is the percentage of sports expenses. As much as 16% of one’s entire salary gets spent on sports. This is very unusual and rare in most countries of the world.

One of the greatest things about living in Saudi Arabia are its very high salaries.

Though unemployment among young Saudis is a serious problem which, in part, can be explained by the fact that Saudi people are reluctant to take many types of work, the standard of living is seriously high.

The average monthly net salary is around 1600$, which, taking into account the low prices in the country, is staggeringly high.

With this type of income, most people can live like royalty.

Even the minimum wage in Saudi Arabia of 800$ is more than enough to live a comfortable, relaxed life and never have to worry about money.

What About Travel Safety in Saudi Arabia? 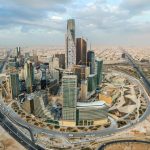 Cost of Living by City in Saudi Arabia