How Much Does It Cost to Live In Nepal?

Nepal is overall a poor country that relies and depends on tourism for income, yet it’s still filled with friendly and resilient people who you can easily be friends with and learn a lot from.

The standard of living is quite low here, and the style of life is rather simple, compared to other countries.

If coming to Nepal, lower your expectation when it comes to nightlife, shopping opportunities, or other similar aspects of life commonly found in other more developed nations.

The difference between the rich and the poor is not that high and the gap between these two classes isn’t visible.

Nepal : Cost of Living by City

The cost of a meal in Nepal depends on where you want to eat and if you want to be thrifty, but generally speaking, a meal in an inexpensive restaurant in Nepal costs around 2$ which is rather cheap.

For example, a meal of Nepali food at Lakeside or Thamel starts around 2$ (and in some other areas, Dal Bhat, Momos, and Chowmein it even costs less than that!).

But if you go to a tourist restaurant, expect the prices to go from around 5$ and up.

Food in Nepal can either be home-grown and many people actually do that – for a living – or imported through India, which makes it much more expensive.

Buying groceries and cooking at home saves much more money than going out and eating in restaurants regularly.

Most basic groceries cost less than a dollar.

Transportation is a huge issue in Nepal.

The roads are winding and long, risky and boring, and public transport is very badly organized, though very cheap.

This is a rather low price for tourists.

In Nepal, you should get used to power cuts that last around twelve hours a day.

There’s a general lack of basic utilities like electricity, water, power, communication, etc. even in the capital city.

They are, hence, very cheap: all basic utilities, including electricity, heating, cooling, and water, for a larger apartment of about 85m2, amounting to a little bit over 20$.

You won’t need to cash out huge amounts of money to spend quality leisure time in Nepal.

You can go to a movie for a fairly low price, and if you’re into sports – pay a monthly fee for a fitness club, which is just a bit more than 20$.

Of course, an hour of renting a tennis court remains expensive for the local standard, as in most countries of the world.

Shopping in Nepal is very affordable.

You can buy a pair of quality jeans for as low a price as 26$, while you can buy other types of light clothing like shirts and dresses in known chain stores for around 27$, which is unusual, as in most countries jeans cost much more than shirts and dresses.

When it comes to renting an apartment, it is noticeably cheaper than in most countries of the world.

Of course, it does depend on the neighborhood where you want to rent, but regardless of the area, it is noticeably cheap to rent an apartment anywhere in Nepal.

An apartment in the center of one of the cities costs 120$ a month.

How Does the Average Person Spend Their Money in Nepal?

Naturally, the biggest bulk of money in Nepal is spent by its citizens in markets and supermarkets – where people spend on food for a living.

The interesting thing is that the second place in the pie chart of money spent in Nepal goes to expenses of transportation since it is unusual for most countries that transportation is such an important part of their people’s everyday life.

Renting expenses are next on the list, followed by restaurants and basic utilities because – like it or not, bills have to be paid.

As is usually the case, more money is spent on sports and leisure than on shopping for clothes.

With an extremely low minimum wage of just above 132.0$, all the necessary costs for a normal life in Nepal cannot possibly be covered.

Even though the average salary is a bit higher, it is still hard to make ends meet for citizens of Nepal.

If you’re planning on visiting Nepal for a longer amount of time, count on cashing out at least 500$ a month so that you could live in normal conditions.

The average salary in Nepal is twice the minimum wage, but it is still not enough to cover the rent expenses, bills, utilities, food, and clothing.

For tourists, Nepal will financially be a pleasant surprise, due to its low prices in comparison to the western countries.

What About Travel Safety in Nepal? 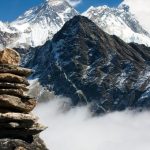 Cost of Living by City in Nepal