How Much Does It Cost to Live In Costa Rica?

The majority of people coming to Costa Rica believe that they will spend much less money on monthly expenses than they do in their home countries and that is why it is so attractive among foreigners from all over the world, especially from Canada and Europe.

Besides the better living conditions for the lower budget, Costa Rica has to offer great natural environments in modern cities, lots of attractions, and entertainment to satisfy everyone’s taste.

In order to achieve a comfortable standard of living at a much lower cost, it is suggested not to eat out on a daily basis, as restaurants can take you much of the monthly budget.

It is more expensive overall than some of the other popular destinations for newcomers, as both the food and alcohol are expensive.

Fresh fruits and vegetables are relatively cheap in Costa Rica, as well as all domestic products.

If you want to purchase foreign food, it is available but it is quite pricey.

Cooking meals at home usually reduce food costs by up to 50%.

Costa Rica has one of the highest standards of living in Central and South America, and it offers quite inexpensive transportation costs.

If you decide to commute by a car that would be more expensive, as gasoline price is not too affordable.

Otherwise, the public transport system is rather cheap and efficient.

Utilities costs in Costa Rica are highly variable depending on the city, location, and size of the apartment, as well as on the number of people living there, their habits, and the season of the year.

When all the above-mentioned things are taken into consideration, it can be said that basic utilities are not as expensive as it is Internet access.

When we speak about sports, the costs would be considered pretty high as it is necessary to pay around $50 for a monthly pass in the fitness clubs in Costa Rica.

Tennis court rents are also expensive, while cinema tickets can be taken as inexpensive.

Clothing is pretty expensive in Costa Rica and buying designer clothes would require the above average budget here.

Low-cost apparel is available and more affordable if you are not into buying branded stuff.

People from Costa Rica spend the least money on clothes.

When it comes to renting costs, Costa Rica is still more affordable than living in the United States, due to the fact that rent for one bedroom apartment is not above $500.

The bigger the family is, the greater the housing expenses are, but that is the situation wherever in the world you go.

How Does the Average Person Spend Their Money in Costa Rica?

When all the common expenses are included, we can make a conclusion about how much money would be necessary for a decent living in Costa Rica.

Personal lifestyles differ in terms of which clothing items you buy, what means of transportation you use, and what are your eating habits.

Dining out can be less expensive if you avoid places frequented by tourists, but the data says that more money is spent on restaurants than no transportation, meaning that people in Costa Rica visit restaurants quite often.

How well you will live in Costa Rica highly depends on whether you are coming here as a single person or with your family.

Earning the average, which exceeds $700 per month, would be more than enough for all the expenses, plus leaving some money for leisure.

However, the others who need to provide for their families would spend hundreds of dollars more, depending on their lifestyle and the number of people they need to support.

All costs, including housing, transportation, utilities, food, and entertainment in Costa Rica would require the average salaries.

What About Travel Safety in Costa Rica? 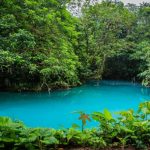 Cost of Living by City in Costa Rica