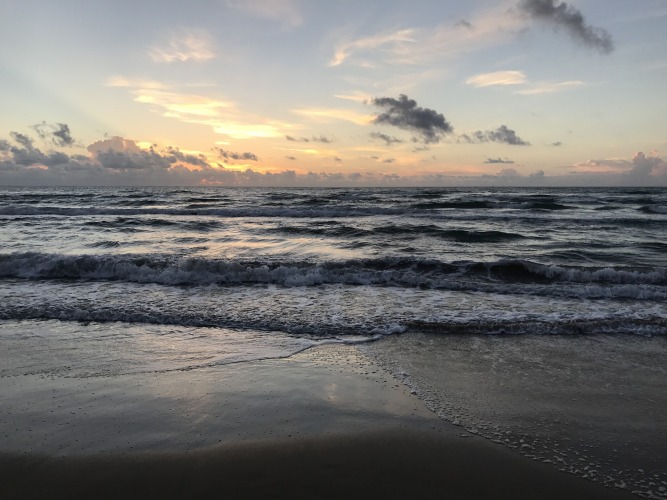 Texas is well-known for many things, but its wonderful beaches are still a well-kept secret.

The Lone Star State has more than 600 miles of coastline to explore.

Most of it is not occupied by noisy spring-breakers, though they have that as well if that is your thing.

Everything is bigger in Texas, as the saying goes, and this includes the beaches.

Here is our list of the best beaches in Texas.

Surfside Beach is close to Houston and this is one of its most appealing aspects.

If you stay in Houston, you will be less than an hour from one of the nicest beaches in Texas.

As one of the cleanest beaches in the vicinity, Surfside Beach is pleasing to the eye.

You can even drive directly onto the beach and skip the long walk from the parking lot that you are used to at other beaches.

Despite its attractiveness and location, Surfside Beach does not get too crowded.

Even though the town is small, there are many interesting water activities, excellent seafood restaurants and comfortable small hotels and motels.

Most people associate Padre Island with crowds of college students and lots of parties.

PAIS is much tranquil and quieter than South Padre Island and without a doubt one of Texas’ top beaches.

Situated on the north part of Padre Island, you will find lots of space for relaxation and rest on this massive coast, away from the loud college students.

Actually, North Padre Island is the longest undeveloped barrier island on the earth.

There is a lot to like about this piece of paradise, which features a beautiful beach, dune and tidal flat environments.

There is also a program dedicated to re-establishing a nesting beach for Kemp’s ridley sea turtles.

Visitors can contribute to the protection of the world’s rarest sea turtle species and watch the release of baby turtles.

Named after the wild mustangs who roamed the island until the end of the 19th century, Mustang Island State Park is another Texas beach that offers many fun activities.

With over five miles of coastline, this is a beach where you can do many fun things.

One of the most popular attractions certainly is Mustang Island State Park Paddling Trail.

The three sections of the trail go along the island’s western shoreline in Corpus Christi Bay.

The 20 miles of trails take you through some of Texas’ best shallow-water fishing areas, and you will see some of the over 400 different bird species along the route.

Camping is very popular here, and it is one of the top beaches in Texas for it.

There are nearly 100 different campsites, many of which include restrooms and hot water showers.

Hiking and mountain bike trails are also available, as well as big waves for experienced surfers.

For many years, Rockport Beach has been a favourite family destination.

This is one of Texas’ top beaches for young families looking for a clean, quiet and safe location.

This means that the water at this beach is very clean.

Surfers will not be drawn here, but people looking for calm waves for themselves or their children will enjoy.

Fishing is also popular at Rockport Beach, thanks to its abundance of fishing locations and diversity of fish to catch.

Adventurers of all generations will be interested in a kayaking tour.

One of the most popular activities in Rockport is the Rockport Birding and Kayak Adventures.

On the tour, you will see dolphins and native birds, but people are equally captivated by the magnificent sunsets.